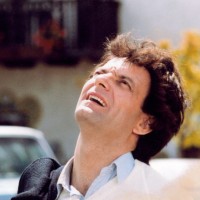 I watch a lot of Christian movies, as you may already know, but Zack is in a class all its own. Instead of trying to convince its audience that riches will result from believing in God hard enough (a la Facing the Giants), or that the devil is out to get them (a la Gramps goes to College), or that abortion is bad (Come What May), or that they should be going to church on Saturday instead of Sunday (Leap), or any other typical Christian morality tale you may be expecting from a movie like this, Zack has a much more important message: “Why not help clean up at church once in a while, maybe?”

To be fair, the lesson is stated more broadly in the film; the characters talk about the importance of being “involved” in church. However, it’s clear that they don’t mean merely having perfect attendance. Early on in the story, our intrepid hero Zack (real name John Zachary) is invited to help out at his church painting walls, cleaning up trash, and laying concrete. He declines. Through the rest of the film, a more committed Christian character keeps talking about the sense of satisfaction that comes from helping out with these chores, to the point that eventually—spoiler—Zack agrees to pitch in.

This is all threaded through a separate plot about Zack’s investigation into suspected arson. You see, Zack is a private eye… a private eye who has a vanity license plate with his name on it. That seems like a bad idea for somebody whose job requires stealth, but what do I know? Zack is hired by an insurance company to determine whether a client burned down his own building, then stumbles upon a far-ranging conspiracy involving false identities and illicit motives. This plotline is played straight, and what I mean by that is that it does not in any way intersect with the morality tale about the importance of offering to vacuum the church on occasion.

Well, I take that back. The two threads interact insomuch as a fellow member of Zack’s church asks to work with him in a kind of unpaid intern capacity, and this fellow is the one who keeps bringing up the clean-up at the church. (Over the course of the movie, Zack says, three times, verbatim: “You’re really involved in that church, huh?”) By virtue of the fact that this character is involved in both plots, the two converge. But this tenuous connection is the very closest the movie gets to a through-line. It may well have been a middling gumshoe mystery that simply had Christian themes tacked on at the end. If it was always intended as a Christian movie, Zack does a poor job of communicating its religious thesis in a compelling way.

Otherwise, the movie isn’t extraordinarily bad. Mostly, it’s passable. There are a few items of note that provided me some amusement, though. First, and I suspect this was because they were all within the public domain, the movie is scored entirely with operatic classical music. This is true even when the situation does not call for it. We see a montage of Zack’s morning routine, shaving, drinking coffee, et cetera, set to Wagner’s “Ride of the Valkyries”. Mozart’s “Pequena Serenata Nocturna” plays over a transition shot in which Zack carefully parks his car and then gets out of it. Later, Zack puts a Vivaldi cassette in the tape deck in his car; it plays continuously over a long montage of he and his Christian apprentice questioning people about the alleged arsonist, and, uh, changing a flat tire. It’s strange.

There are also a couple of lines of dialogue that I found striking. Early on, when his intern is discussing the benefits of doing chores around church, Zack states that it’s not his idea of a good time. When asked what his idea of a good time is, Zack replies: “A sunny day, about ten feet of packed powder, freshly waxed skis, and nooooooooo lift lines.” His apprentice agrees that freshly waxed skis and ten feet of packed powder would be grand, but adds that “doing what God wants is better than a perfect run down Stump Alley at Mammoth.” These two are very hip, very with it. (I also previously thought it was odd when Zack was asked what was going on in the investigation and responded, “That’s the $64 question, isn’t it?” However, I have since learned that this is an actual idiom derived from a 1940s radio program. As I said, very hip, very with it.)

My favorite moment in the whole enterprise comes at the very end of the movie, though. Zack has cracked the case (it was the guy who hired him in the first place!) and received a $13,000 reward, which he has graciously donated to the church. An attractive woman has become involved in the affair, naturally. She initially came to Zack’s office because she thought she was being followed and believed Zack might offer his detective services pro bono because of the “Christian fish” on his ad in the yellow pages. After solving the case, Zack asks this woman out on a date and they immediately head out together. As they reach the door, Zack turns to his intern and says, “Oh, Jeremy?” He tosses the keys to the office over his shoulder and Jeremy fumbles to catch them. “Lock up when you leave,” Zack quips, and then contorts his face into what I have described in my notes as a “goofy-ass grin”. That would be weird enough, but the movie freeze-frames on his goofy-ass grin, and Vivaldi’s “Concerto for Two Violins” begins until the image fades to black and the credits roll.

That aside, I’m really having to reach for something to latch onto. There’s just not a lot here that’s particularly outlandish, which is disappointing. The actors are probably not great, but their performances aren’t especially bad either. The filmmaking was competent. The gumshoe plot was fine, if a bit unexciting. The worst thing that Zack actively fails at is developing its quasi-religious theme in a satisfying way. Beyond that, the movie isn’t “bad” so much as it is just unmoving. I guess it’s hard to get passionate about the idea of maybe chipping in with some chores once in a while. That lack of passion about the subject is apparent.