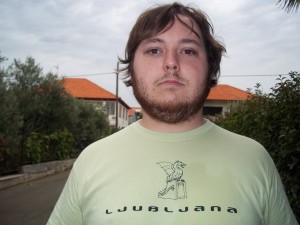 “[Josh Glasgow]’s writing is superb. He’s a gifted writer. Language is his ally … he is so ahead of the game because he is a great writer, and he is very thoughtful and brings an incredible amount of integrity to it. And he is absent that sense of trying to prove anything about himself, which is so wonderful because it invites everyone in, and really I had the experience while I was reading—not in spite of his criticisms of the film, but because of his criticisms of the film. I was going, ‘Okay, this man is a critic to grow old with. This is a guy I read.’ … There are still reviewers that I want to read regardless of whether I necessarily have an interest in the film per se, and Josh is one of these reviewers.”
– Phil Leirness, director (The Truth Is Out There, Karl Rove I Love You)

“Josh is a remarkable writer. His articles are so detailed and so lovingly written. The man cares very much about what he does, and you can always count on finding very thoughtful and carefully-reasoned reviews at GTTM. If you want to find a great critic that you can actively engage with online, you should be visiting his site.”
– Collin Buchanan, director (Cotton County Boys)

Josh Glasgow holds a B.A. in Journalism from the University of Arkansas. He has been an active film critic since 2007, with more than 1000 reviews as of this writing. Although a native of Fayetteville, AR, he currently resides in Des Moines, IA with his wife.

Questions? Comments? Suggestions? Complaints? Compliments?
We want to hear from you! Please fill out the contact form below…