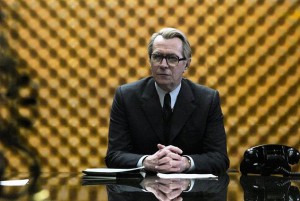 Welcome to the first of many articles to come in a series called “Mr. Oscar” Meier. Most know me as a huge nut about movies, but those who really know who I am will tell you I’m even more so an enormous nut about the Academy Awards. As soon as I get any sort of whiff of an indication about how one year’s awards season will build up, I will make it my civic duty to inform you what I think the latest current outcome (nomination announcements, critics’ winners, etc.) means for the road ahead. After each article, I’ll post the stats for the ten films I believe to be the most appreciated. However this article is an exception since we honestly don’t have a best ten of contenders yet.

Today we start with nominations for the British Independent Film Awards and the Gotham Independent Film Awards. The BIFA nominations – announced on Halloween – confirm a lot of folks’ expectations for the upcoming Gary Oldman headliner Tinker Tailor Soldier Spy, handing out spots for Best British Independent Film, Best Direction for Tomas Alfredson, Best Actor for Oldman, and three supporting nods for Kathy Burke, Benedict Cumberbatch, and co-star of last year’s Inception Tom Hardy. What may be more interesting is the film’s failure to nab a spot in the category of Best Screenplay while two other Best Film nominees – We Need to Talk About Kevin (the Tilda Swinton picture about the parents of a murderer) and Shame (the buzzed about NC-17 film starring Michael Fassbender and Carey Mulligan) – grabbed chances for Screenplay, Direction, and various acting awards. Other notable contenders are Paddy Considine’s directorial debut Tyrannosaur which earned a total of six BIFA nominations (including Best Film) and Kill List and Submarine – both earning five. Rounding out the Best Film nominees is the critically acclaimed racing documentary Senna. The winners will be revealed on December 4th.

Eleven days earlier, the recently released Martha Marcy May Marlene and the latest from Oscar-winner Alexander Payne The Descendants were the most dominant in earning nominations from the Gotham Awards. Both films received three nods and compete against each other for Best Ensemble Performance and Best Breakthrough Performance (Shailene Woodley for Descendants and Elizabeth Olsen for Martha). The thus far well-received Descendants will attempt to win Best Picture over Beginners, Meek’s Cutoff, Take Shelter, and The Tree of Life on November 28th.

Now for my established method of listing all of the pre-Oscars awards for your reading pleasure. Look for the official alphabetical listing of this year’s eligible films (so far) after the key chart. Be sure to check back for more “Mr. Oscar” Meier articles within MEIER! in a Crowded Theater – here on GTTM.

B = Boston Society of Film Critics

NBR = National Board of Review

** = winner of the category

The Redemption of General Butt Naked

Scenes of a Crime

The Skin I Live In

TT3D: Closer to the Edge