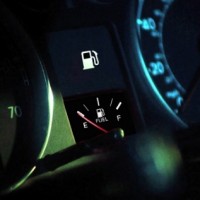 The second Christian film I’ve seen from my new favorite director – De Miller – isn’t as funny as the first (Deserted), but it makes up for that failing by being shockingly offensive. Where Deserted shows the concerning ramifications of taking religious belief too seriously, Bad Neighborhood is just racist. Like, literally, racist. Like, there’s a moment toward the end of the movie where our protagonist (a middle-aged, upper-middle class white woman) sees a black man walking toward her and cries out, “Oh, sweet Jesus, a black man!” And then tries to hide. Really racist.

It actually starts a lot earlier than that, though. Barb Grantham is getting her family ready for work and school, all the while having a conversation with her husband about their plans to sing at a church choir concert in… -gulp- South Ocean City that night. Her husband cautioning her to get gas in her car and try to come home early, Barb dismisses his concern. As you might have already guessed, Barb will both forget to get gas and have to work late, thus requiring her to travel to… -gulp- South Ocean City on her own. For some reason, the movie feels compelled to explain why it is dark when Barb’s car later breaks down, so the characters also make a point of telling each other that it’s the Winter Solstice, and that sundown is at 4:32 PM. Thank god the movie explained that, or else I would have been totally lost!

Of course I’m being sarcastic, but this over-explanation and drawing out of events is borne out throughout the 40-minute film. Take, for instance, a moment where Barb buzzes in to the receptionist at her office to say she will be leaving soon. The camera cuts to the receptionist, looking worried and silent. Cut back to Barb, who has a quizzical expression and asks what the problem is. Cut back to the receptionist, saying that the boss left a message. Cut back to Barb: “Well, what is it?” Cut to receptionist: “Oh… I thought you wanted me to bring it to you.” Cut to Barb: “Okay, bring it to me then.” Cut to receptionist entering Barb’s office, hands the note and begins to walk away. Cut to Barb reading the note, which says that she has to work late. Why on earth did that require a dozen cuts? The entire thing could have been condensed to one line of dialogue from the receptionist: “The boss says we have to work late.”

Getting back to the movie’s racist streak, when the family is readying themselves for school and work in the morning, Barb and Doug’s son Jeff asks whether he really has to go to this dumb choir concert. As he walks out of the scene, he calls over his shoulder: “You know, that’s a 100% black neighborhood.” I mean, there’s not even any attempt to suggest that it’s anything other than race. It’s not, “you know, there’s a lot of crime in that neighborhood” or something that might not seem so nakedly prejudiced. It’s just described as a black neighborhood, with no further explanation for why the neighborhood might be bad. But hey, maybe this is just the son’s personal opinion and does not reflect that of the rest of his family. His sister asks Barb, “What did Jeff mean about where we’re going tonight?”

Barb’s response: “Just means that it’s not in the best neighborhood.” I found the phrasing peculiar here, as she’s not saying that what Jeff meant was that it wasn’t the best neighborhood; instead, she seems to be saying that Jeff’s sentence objectively means that it’s a bad neighborhood. By virtue of this answer, she appears to subscribe to Jeff’s beliefs (the later scene where she yelps in fear and tries to hide from a black man doesn’t contradict this understanding, either). But it isn’t just relegated to Barb and her son. When one of Doug’s co-workers hears about their plans for the night, he asks with a tone of incredulousness, “Let me get this straight: you’re taking your whole family… down MLK Boulevard… in South Ocean City… at night?” Why add that ‘down MLK Boulevard‘ part? Unbelievable.

In any case, Barb does find herself sans gasoline and lost in the dark in South Ocean City at night because of her forgetfulness earlier. She cries, praying, “God, I know you have a purpose in all of this. But, please, let Doug forgive me for not plugging in my phone.” She considers walking the rest of the way to the church, but decides that it’s probably safer to wait in the car. She begins praying that God will send somebody to help her. Enter, under a nearby streetlamp, aforementioned black man, which in turn triggers Barb’s fearfulness. Yes, the woman who just asked God to send somebody to help her instead conceals herself when a stranger approaches. The man gets to the door, banging on the window and yelling, “Get out!” She screams. He eventually busts the window open, grabbing her ankles and pulling out. Clearly, he’s a rapist/murderer and will stop at nothing to rape/murder her. Barb grabs a flashlight from the glove compartment and smashes the man’s head with it, but he’s undeterred. There’s a loud whistling sound, a light, and then the screen goes black.

Coming back to consciousness, Barb is surrounded by ambulance personnel asking whether she’s okay. As it turns out, her car had been parked on the railroad tracks and the man was trying to get her out of the car to save her life. The police and medical personnel claim that there was never a second person there at all. Barb sits in wonder, “I prayed for my angel, and I didn’t even give him a chance. God tested me, I think, and… I let him down. But he didn’t let me down.” I’m sure the point is to say something about God’s unconditional love and maybe to condemn Barb’s previous actions, gently. Yet that’s not the message that I got from the moment. Barb’s final words seem to suggest that her actions don’t have consequences. No matter how awful and racist you are, God’s still on your side. It’s like getting away with murder. Now that Barb has a taste for blood, do you think she’ll repent? Or will she go forth, knowing that she’s absolved from blame because, as a Christian, she is “forgiven” for her sins?

At its best, Bad Neighborhood barely comes out in opposition to its protagonist’s racism, if it does at all. Adding to the xenophobia, the movie has awful performances from its actors, mistaken line readings kept in the final film (“We’re on the new Sicilian menu tod–in the deli today”), and De Miller’s baffling aversion to narrative conservatism in editing.  It’s a mesmerizingly bad movie. I can’t wait to see more of Miller’s work.