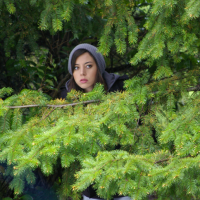 Time travel is a difficult concept for movies to tackle and often it’s covered with less attention to the content of the story than to its mechanics, because often time travel means keeping track of multiple “time lines” that intersect with one another, avoiding characters’ past selves seeing their “present” selves, and any number of rules which writers use to limit themselves. Don’t step on any butterflies when you’re in the past! Safety Not Guaranteed bypasses these concerns by not really being about time travel, but instead choosing to focus on the far smaller story of the growing relationship between a magazine intern named Darius (Aubrey Plaza) and a potentially insane man named Kenneth (Mark Duplass). As in Another Earth, a monumental science fiction concept is filtered through the narrow lens of a low-budget “indie” film, the kind that meanders about for a bit before getting to its goals.

Darius has come to this small Washington town in order to do a story on how crazy Kenneth is, but of course he isn’t aware of that. He allows her to get close to him because of her droll quirkiness, a sad humility that he finds attractive. So Darius is recruited as a potential partner on a trip to the past (the year 2001, to be specific) using a time machine that Kenneth says he has invented. The pair spends their time discussing their childhoods, playing around while firing guns at targets, eating lunch together, laughing, and so forth. It will come as no surprise to you when I say that the couple grows to have romantic feelings toward one another. This is the heart of the film; to quote the AVClub: “strip away the time travel, which is easy enough, and what’s left is a winsome but insubstantial romance.” I tend to consider romance my favorite genre of film; among my favorite titles are Atonement, Say Anything, and Rocky – all heart-breaking in the sincerity of their romantic pairings. If I were trying to explain what I find so powerful about those three films, I would say that the slow build of the leads’ relationships feels, to me, to be entirely natural. It feels real. When I watch those movies, I feel like I am looking at a true-to-life coupling taking place, the awkwardness and passion and honesty on full display.

I didn’t get that from Safety Not Guaranteed, which makes it easy for me to agree with the description of the movie’s central plot as an “insubstantial romance”. What’s interesting about this is that Plaza and Duplass have an extraordinary chemistry together, and it is precisely that chemistry which sells the movie in spite of a lack of substance otherwise. Though their pairing is driven by plot contrivance, they seem to have fun together and that attitude is infectious. A scene where the two sit on a beach and share with one another their reasons for wanting to travel a decade plus into the past is moving for the sober tone it takes, with one looking blankly past the horizon while recounting tragedies past, the other listening intently. It’s difficult to put into words why Plaza and Duplass could have such easy chemistry together, yet the film itself doesn’t strike the same chords with me as the previously named titles did. I suppose in a way it was inevitable that, say, Adrian would find herself dating Rocky Balboa after all; there I felt as though his gentle understanding and her self-deprecating reticence paid big dividends when Adrian finally allowed her suitor’s affection to break the barriers she’d built around herself. I don’t know how, but it felt immediate and intense. With Safety Not Guaranteed, Kenneth has similarly erected barriers around himself (as has Darius), but I guess they seem made-for-breaking, if that makes any sense.

Let me try to explain this way: I watched the pilot episode of “The West Wing” recently and at the start of the episode, a character notes that the pager of a woman he is sleeping with and his own are almost identical. Immediately, it was clear that the pagers would be accidentally switched and that plot “twist” was set up in a groan-inducing way by a single line of dialogue. It’s possible to do a pager-switch subplot in a far more organic manner – perhaps showing both parties throwing their devices down in the heat of passion and briefly showing the two pagers toppled on top of one another without stating future events so explicitly. With regard to the film at hand, it seems like there’s got to be a better direction to take than matching up a crazy guy with the one girl who understands him. It feels too pat, too easy, even if the actors are able to make it workable. How could it have been handled differently? Perhaps by not throwing the two together instantly. As it stands, Darius and Kenneth meet cute and spend their time alone together constantly. Two other people from the magazine who have come on the trip to Washington just kind of hang around on the fringes of the movie. Truth be told, Darius’ boss Jeff had his own subplot about rekindling a high school relationship, but this is inessential to the movie and has no resolution. Maybe the movie could have had the three journalists working together and through their interactions with Kenneth, a bond grows between himself and Darius which begins to draw the two away from the group as a whole.

Or maybe the movie is fine as is and I’m just trying to rationalize why I just didn’t connect with it. I found Darius and Kenneth an enjoyable pair, but I never felt engrossed in their story. I liked watching the actors together on screen, but I never was particularly worried about their future together. The final act builds into a tense showdown as government agents begin to give chase to Kenneth and he must finally prove whether or not there is a bluff to be called. Once again, this just didn’t do anything for me. If Safety Not Guaranteed is a song, then a lot of the movie is made up of familiar beats played in agreeable ways… nothing particularly noteworthy, but perfectly hummable nonetheless.