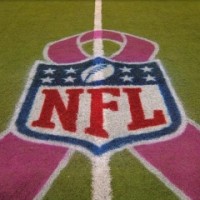 Recently, my friend Phil Leirness asked me to give him suggestions for recent documentaries that might have flown under his radar. After he was taken with The Arbor, one of the films I had listed on my Top 10 last year, I now have a lofty reputation to live up to. Unfortunately, starting law school this fall has severely limited my ability to seek out those under-appreciated titles, so I didn’t have any suggestions to offer. But the request made me eager to watch a documentary and so I turned to one that has had me intrigued for some time: director Léa Pool’s Pink Ribbons, Inc. It’s a film critical of the pink ribbon industry surrounding breast cancer research, positing that the corporate sponsorship which groups like the Susan G. Komen Foundation and Avon foster are far more important than the underlying disease. Interviewing several women who have suffered through breast cancer, an understandable sense of bitterness permeates the entirety of the film. It’s hard not to side with women whose debilitating illness is being painted over with smiles in order to sell more fried chicken.

But when I was watching the movie, I was thinking less about breast cancer than I was about the documentary, as a genre. There’s a Nicolas Cage quote that I think of often: “I’m at the point now where I know I’m doing something right when a movie gets mixed reviews, because then I’m not in the box. I don’t want to make it too easy for people and I don’t want to make it too easy for myself.” Though an educational, persuasive, and at times disturbing film, I felt disconnected from Pink Ribbons, Inc. throughout because it fell squarely inside the box (see what I did there?) of what a documentary should look like in a post-Bowling for Columbine America. Like many “message” docs, it has a point of view and takes pains to make those on the opposite side of the argument look like monsters. There is the requisite animated interlude to add an irreverent spiciness to the proceedings, and of course the film has its fair share of clips from black-and-white PSAs of yesteryear. Furthermore, each time the Susan G. Komen Race for the Cure is shown on-screen, the soundtrack turns to a creepy, discordant strain that is clearly meant to be ominous. It’s kind of difficult to wring terror out of large groups of smiling, dancing people, so these scenes come across as merely uncomfortable rather than damning, but it’s impossible to miss the intent.

Conforming so rigidly to the documentary “formula” makes what could otherwise be a gripping film into something far less impactful. Docs which adhere to these tropes often have the effect of making me resistant to the “message” they’re attempting to send, even if I would agree otherwise – it’s a marvel that Pink Ribbons, Inc. manages not to do that, and I think it’s a testament to the unique message that the film is sending. But it could have had so much more power if it had brought its own aesthetic to the topic instead of walking in the shoes of previous films. What made The Arbor so special was the presentation: although individuals connected to the playwright Andrea Dunbar were being interviewed, their memories were recreated by actors lip-synching perfectly to the words of the interviewees. Some might contend that this is gimmickry. Maybe, but because the subject of the film was a playwright, the use of actors to bring her story to life seems fitting – and the unusual presentation breathes life into what would otherwise be a droll procession of interviewees speaking directly to the camera.

Another title that comes to mind for me is The Undefeated, the documentary about former Alaska governor and failed vice-presidential candidate Sarah Palin. It’s an awful movie, to be sure, made by a totally inept filmmaker, and yet it’s a film that has stuck with me for almost a year now because of the bizarre way it was presented – cut together like a Michael Bay film with an average shot length of about four seconds, a camera constantly in motion, and a treasure trove of short clips edited together to serve as a metaphor for Palin’s life. In short, the film was a failure but it was absolutely riveting. Now imagine what a movie with a strong central theme might be able to accomplish with a similar sense of style. I don’t mean the exact style of The Undefeated, but instead a similarly gut-punching presentation.

Of course, I can anticipate the reaction likely to be born of these criticisms: isn’t this hang-up on aesthetics and presentation just as simple-minded as those who cried out about the use of Comic Sans amidst a potential scientific breakthrough? Which is to say, aren’t I missing the point? I don’t think so. Documentaries are not simply school lessons; they are as much a legitimate film genre as any other. Film, at its best, is both entertainment and art. The presentation of the content of a film, whether it be a work of fiction or not, is a huge element of the finished work and a lot of what makes a movie powerful is in the combination of many disparate elements to make something imaginative and uncommon. A documentary which leans on the tired cliches of its genre is no better than a rom-com that plays predictably toward the standard beats of its kind. It’s possible to make a good movie within those confines, but it’s almost impossible to make a great one.

And so it is for Pink Ribbons, Inc. It makes a compelling case for the thesis “Capitalism Causes Cancer“, sheds light on the fact that the money being continuously raised for “research” is not being used to reveal the cause of cancer or aid in prevention, and does a good job of illuminating the heinous pinkwashing that the never-ending ribbon campaign has done toward making the disease less despairing and more marketable. But in the end, it’s not the marketing itself which is dangerous, it’s what is accomplished by it. On a smaller scale, it is not the content of the movie which is weak, it’s what was made out of it.