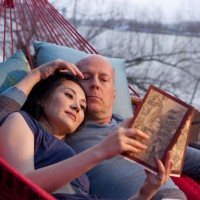 I know I mentioned this fairly recently, but it bears repeating so bear with me. For a long time, I’ve considered myself a fan of the Step Up franchise. I was particularly enthusiastic about the second in the series, finding its dance routines to be energetic and its picture of living in the city surprisingly realistic – I focused specifically on the sound of a siren which the cast did not appear to even notice, but come to think of it that may have been a real siren, totally divorced from the film shoot. When the latest installment entered theaters, I was elated and decided to prepare by forcing my wife to watch my favorite entry (yes, with this exception, I saw all four Step Up movies by myself). Upon a second viewing, without my head being in the same place it was and without looking for social commentary as I had previously, I saw it in a new light.Step Up 2 the Streets is… not good. My memories, the unique interpretation that I had found so delightful before, they had betrayed me.

Believe it or not, I actually relayed this story to some friends just before seeing Looper, totally unaware at the time that the anecdote would provide the lead-in to my review. You see, once Looper ended, I was focused on the final scenes. Without spoiling anything, the conclusion went in a different direction than I had expected (while not being a “twist”), and that struck me as especially rewarding. I talked to my good friend, director Collin Buchanan, on the phone the next day and had some difficulty in putting my thoughts about this into words. I didn’t attempt to put my thoughts to paper until five days later, at which point I began to wonder if perhaps I had over-indulged my initial excitement. I had thought the movie unique in the way that it took the traditional science fiction trope of “time travel” and used it toward ends more metaphorical than concrete. I thought that having a philosophical streak set it apart, but as I was writing an earlier draft of this review it occurred to me that almost every time travel movie indulges in a little bit of philosophizing about Nature vs. Nurture, Fate vs. Free Will, or the Fallibility of Man. Does the fact that Looper takes these ideas and re-states them in a far more succinct way make it stand out from other films like it? Not really.

Still, director Rian Johnson’s Looper is one of the best films of the year. I say that having seen few titles from 2012, so take my previous statement with a grain of salt. In fact, the parts of the film that I found most enjoyable – the first and final acts – differs dramatically from what many critics point to as the movie’s strength: a middle section that slows down to become much more contemplative and personal. That section, where our protagonist Joe (Joseph Gordon-Levitt) finds himself housed in a remote farmhouse away from the big-city life he’s so familiar with, felt largely lifeless to me. Where a relentlessly tense forward movement had accompanied the first act which kept me at the edge of my seat, the scenes at the farm rely on a meandering back-and-forth between Joe and Sara (Emily Blunt), the owner of the farm, as they get to know one another. I suppose you might call their relationship a romance, though it’s never that explicit, and generally I’m a fan of movies which take the time to develop a relationship in a tender, honest manner. Maybe it’s the clash between the chilling importance of the overall plot and the leisurely way that Joe and Sara’s relationship develops, or maybe it’s simply that chemistry is not cultivated between them, but I found little of substance to grasp in this section of the film. Rather, I felt as though the movie was killing time until ramping up the action/tension again for the finale.

But wait, didn’t I begin that last sentence saying that Looper is one of the best films of the year? Indeed, Johnson as writer/director approaches this, his third (and most audacious) film, with a steady hand. Set alternately in 2044 and 2074, the changes the world has seen are relayed with a frankness that immediately draws the viewer in. Adding to this is Gordon-Levitt’s smooth voice-over, a noir style of speech that’s not far removed from the characters in Johnson’s debut, Brick. The first act is largely a mob movie, with Joe explaining to the viewer his job as a “Looper”, which requires him to blast with a shotgun men who are sent back in time by a crime syndicate thirty years in the future. It’s a tidy way for the 2074 crime syndicate to remove the evidence, and since these men aren’t technically “real” yet, boys from the slums are all too happy to comply for a few bars of silver. The imagery is stunning, reminiscent of Blade Runner crossed with Field of Dreams, and the movie weaves the time travel conceit well, leaving no extraneous detail. If Joe’s boss tells him that he should be learning Chinese instead of French, there’s a reason for it. Further, this isn’t your old man’s time travel movie, where characters zip in and out of the present with ease. When one of the men from the future gets free, the 2044 crime syndicate captures his “present” self and begins cutting off fingers to make the “future” version see just how serious they are.

But one of my favorite shots – which is brief and may not hold up as well on a repeat viewing – comes when Joe is attempting to escape from gunfire after accidentally making the same mistake, i.e. letting a man from the future (Bruce Willis) escape before murdering him. Joe is scrambling down a fire escape when he slips, tumbling in slow motion through the air, the camera turning along with him so that he city lights rotate in the background. The sound of the gunfire and footsteps on metal ladders fades out and a dull ringing fills the scene. It’s just a moment in a far larger story (the particulars of which I’ve almost entirely avoided discussing in this review), but it seems representative of the film’s stylistic flair.

So maybe writer/director Rian Johnson doesn’t have enough of a handle on how to build human relationships, a fact which I think is evident not just from Joe’s interaction with Sara, but also in his interaction with his “best friend” Seth (Paul Dano, putting in a remarkable performance) and in those with a prostitute he shows some affection for. In both instances, Joe suggests a fondness for these characters but his words ring hollow. Or perhaps not hollow, but lacking the gravitas that I would expect. But where Johnson may have difficulty in imbuing his characters’ relationships with the spark of life, he’s got a tight grip on how to maintain an atmosphere and tone to make for an immersive experience. So all in all, Looper may not be as singular or thoughtful as I initially imagined, but it’s sleek and powerful, and works wonders in some scenes individually.