Checking In with the AFI Lists 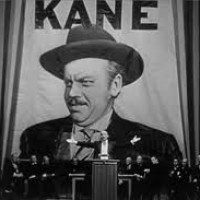 This year marks the 70th anniversary of the release of Citizen Kane. If you have discovered this newborn movie site (and if you haven’t, how exactly are you reading this?), it would most likely be redundant for me to explain that many regard Orson Welles’ 1941 opus as the greatest film of all time. I will try not to get into why I have my serious doubts about that (the best film in terms of overall execution maybe…), but the news did remind me of the way I learned about the majority’s love for Kane – through the original list created by the American Film Institute entitled “100 Years… 100 Movies”.

As the story goes, the AFI asked a collection of 1,500 film professionals – screen-writers, actors, critics, what have you – to help them devise a list of the 100 greatest American-made films between the years of 1896 and 1996. The finished list was published in a special issue of Newsweek, and boy, did I ever hold on to that sucker for a long time! As I am sure a lot of people did, I made it a personal mission to watch every single one of these films. The celebrated list could also be credited as one of the inspirations for my own continuous portfolio I lovingly named “Every Movie I’ve Seen” (which I still update today).

Well, hard as it is for me to admit it, this mission remains incomplete and has officially taken longer than the search for Osama bin Laden. Complicating things further (though I am very grateful for it), the AFI even devised a “10th Anniversary Edition” of the list. It turns out I have seen just three more films on the most recent list than I have for the original, mostly due to more current additions like The Lord of the Rings – The Fellowship of the Ring, Titanic, and my longtime favorite film The Shawshank Redemption. In the number one spot on both lists? Citizen Kane.

The rest of this article is a comparative look at similarities and differences between the lists and noteworthy discoveries. Before I continue, here are the links to both:

– One of the easiest things to notice on the 10th Anniversary Edition is which film titles are new inclusions. The most recent ones – like Shawshank, Saving Private Ryan, The Sixth Sense, and Toy Story – jump out the clearest but none more so than the only 21st century entry: The Lord of the Rings. More interesting, however, are the older films that broke through and were not on the original rankings. These films include Intolerance (’16), Sunrise (’27), A Night at the Opera, Swing Time, Sullivan’s Travels, 12 Angry Men (’57), Spartacus, Who’s Afraid of Virginia Woolf?, In the Heat of the Night, The Last Picture Show, Cabaret, Nashville, All the President’s Men, Blade Runner, Sophie’s Choice, Do the Right Thing, and in the best ranking of the group (at 18.) Buster Keaton’s silent film The General.

– So which films from the first list weren’t able to bridge the ten year gap? They are (for whatever reason): The Birth of a Nation, The Jazz Singer (’27), All Quiet on the Western Front*, Frankenstein (’31), Mutiny on the Bounty (’35)*, Stagecoach, Wuthering Heights (’39), Fantasia, The Third Man, An American in Paris*, A Place in the Sun, From Here to Eternity*, Rebel Without a Cause, Giant, The Manchurian Candidate (’62), Guess Who’s Coming to Dinner, Patton*, Close Encounters of the Third Kind, Amadeus*, Dances With Wolves*, and Fargo. Of these twenty-one films, seven of them have won the Academy Award for Best Picture (marked with an asterisk above). Likewise, only two of their replacements have won Best Picture – 1967’s In the Heat of the Night and 1997’s Titanic.

– Speaking of the jumpers, the most spectacular elevation belongs to Charlie Chaplin for his silent classic City Lights, leaping sixty-five slots from 76. to 11. Chaplin wasn’t the only physical comedian to dazzle either. The Marx Brothers’ Duck Soup climbed from 85. to 60., apparently leaving enough room for another one of their classics, A Night at the Opera, to enter the list. Clint Eastwood also covered a good amount of ground when his Best Picture winner Unforgiven shot from 98. to 68.

– There are also the “barely-budgers” of the list. This is what I am calling all the films that stayed within their original groups of ten. Aside from what I’ve already noted from the front ten, there are four “barely-budgers” for 11. through 20. (Star Wars, Psycho, Sunset Blvd., and It’s a Wonderful Life), four for the twenties (The Grapes of Wrath, E.T. the Extra-Terrestrial, Mr. Smith Goes to Washington, and Apocalypse Now), three for the thirties (The Godfather: Part II, Annie Hall, and – remarkably staying at 37. – The Best Years of Our Lives), three for the forties (King Kong, Rear Window, and A Streetcar Named Desire), one for the fifties (M*A*S*H), one for the sixties (Network), two for the seventies (Forrest Gump and The Wild Bunch), two for the eighties (Platoon and Easy Rider), and three for the nineties (GoodFellas, Pulp Fiction, and Yankee Doodle Dandy). One could argue that some of these films are better than the credit they are given, pointing out their firm grips on the list as a testament to the case.

– The second list reveals some stunning omissions through the test of time. As I’ve already stated, late actor and pop culture phenomenon James Dean had two of his three films on the first list – Rebel Without a Cause and Giant. By the second list, he was completely absent. The writers/directors/brothers Joel Coen and Ethan Coen cracked the first list with Fargo but failed to supply an entry after a decade (with so many other possibilities too; The Big Lebowski, Raising Arizona, Blood Simple, Miller’s Crossing,…). Most of the suddenly missing films were unusually in the fifties section of the first list. These films are (again) Rebel, From Here to Eternity, All Quiet on the Western Front, Amadeus, the Disney animated concerto Fantasia, and the awesomely photographed mystery The Third Man (though for this last example, its inclusion in the second ever Cannes Film Festival may have played a part in an oversight for this list of American-made films). There was also a removal of two controversial films that have been deemed racially insensitive over time: The Ku Klux Klan-themed The Birth of a Nation and The Jazz Singer, the groundbreaking first film to supply its own sound with the assistance of Al Jolson in blackface.

Are there films that I am surprised have never made one of these two lists? Yes, absolutely. I would probably have to start by expressing my dismay that 1960’s Inherit the Wind has never crossed over, a terrific film based on a stage play about the Scopes trial that saw Christianity take on the study of evolution. Wind boasts a fantastic screenplay and the stellar cast of Spencer Tracy, Frederic March, Gene Kelly, Dick York, and Harry Morgan. It’s not to be missed.

Also, I sort of understand why, but given the guy’s popularity and cool reputation, I am taken aback that Steve McQueen could never sneak in with either The Great Escape or Bullitt. I love that The Shawshank Redemption eventually made the list (even sweeter that its star Morgan Freeman hosted the AFI’s televised special). However, I can’t deny how its protagonist heavily borrowed from a major plot point of Great Escape (the “dirt through the pants-legs” thing). This makes it feel a tad wrong to avoid the earlier work.

I trust that if a 20th Anniversary Edition of “AFI’s 100” is announced, we will no doubt see the likes of directors David Fincher (best bet: Fight Club) and Christopher Nolan (best bet: The Dark Knight). Time may also reward other recent “best of the decade” staples like an offering from Disney-Pixar (My guess: Either WALL-E or Up) or Paul Thomas Anderson’s dominating There Will Be Blood. Then again, let us not so soon underestimate again the power of the Golden Age. We may see another Hitchcock film bubble up (Notorious? The Birds?). Or a highly regarded comedy (His Girl Friday? The Women?). Or  maybe even one more dramatic inclusion (The Defiant Ones? Cool Hand Luke?). Regardless, the most reassuring lesson to be learned from these lists is this: A newly discovered favorite movie will always pack the punch of word of mouth from its audience. Oh, what a strong punch it can be.

2 Responses to “Checking In with the AFI Lists”