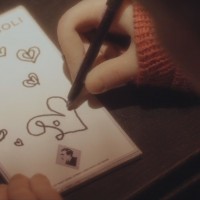 Michael Stone is not atypical of Charlie Kaufman-penned protagonists: depressed by the daily grind (despite, in Stone’s case, being a famed author), perplexed by human interaction and consequently cold to those with whom he interacts, and ready to pounce on the first bit of surreal science-fiction that arrives to offer him an escape from his miserable self-important self-loathing. Stone’s problems are rooted in his worldview: he sees every person he meets as interchangeable. No, literally. Every man, woman, and child he encounters has basically the same facial features and speaks with the same voice (Tom Noonan).

Incidentally, Noonan does an incredible job in a role listed in the credits as “Everyone Else”. In an impressive balancing act, he varies his voice just enough to make each character simultaneously distinct and indistinguishable. That balance defines the entire movie, in fact. For example, the movie mines a great deal of dark humor out of Noonan interacting with himself. Consider a scene where Stone walks past a couple arguing in the hallway of his hotel. Noonan quietly flings “fuck yous” back and forth at himself as the couple’s rancor escalates, which is strangely hilarious on one level; but on another level, our protagonist is briefly, unwillingly party to probably the sad death throes of a romance. Another illustration of the movie’s careful balance comes in a later scene that finds deep pathos in a seemingly mindless ’80s pop song. The balance is more fundamental than that, even, and can be seen in the second conceit of the film as a whole: its cast is entirely stop-motion puppets, the breaks in their facial features where parts come together perfectly visible, and yet their actions–every movement they make–are remarkably, meticulously human.

For Stone (David Thewlis), his moment of surreal wonder doesn’t come via a portal into actor John Malkovich’s brain or a race through crumbling memories. It’s much simpler than that: he meets a woman whose voice is different. Lisa (Jennifer Jason Leigh) excites him for no other reason than her voice. And what is it that sets her apart from “Everyone Else”, anyway? She’s awkward, clumsy, and immature. She freely admits that she can’t match Stone for intellect – she had to have a dictionary by her side to get through his book. She’s not conventionally “pretty” and hides a slight facial disfigurement behind long, stringy hair. What is it that makes Lisa important to Michael Stone?

I believe the question is misstated. The real question, to my mind, is what makes Michael important to Lisa. Although the movie primarily follows him, Stone is not a particularly likable lead. From the start, he’s openly contemptuous of everybody. He rubs his forehead in agitation as a cab driver suggests exciting things to do in Cincinatti. He sighs at room service for verifying his order and hangs up before the man is finished speaking. He is more than willing to cheat on his wife. Yes, his dismissive attitude toward others is based in part on the interchangeability he perceives in them, but I have to believe that’s as much metaphor as it is reality for him. Clearly, as evidenced by an early sequence where he considers meeting up with an old flame, he is not incapable of recognizing the unique qualities of human beings. Moreover, he gained fame writing advice for the customer service industry – advice that centers on appreciating customers’ individual identities.

A “main character” does not have to be likable, of course, but Stone’s arc in the film is limited. Given Kaufman’s filmography thus far, I don’t think it’s any big reveal to say that Stone’s story neither reaches nor concludes with an ecstatic high. The time he spends with Lisa is a reprieve from his bitter isolation, but it is temporary and it is not because he found any particular solace in her company. He appreciated her, but that appreciation was skin-deep. Although it allowed him to look past what others might consider cosmetic flaws, his focus remained superficial. His story, like that of Charlie Kaufman (Nicolas Cage) in Adaptation, is not one of rapture but of tragedy.

Now Lisa, on the other hand, her story is one of rapture–or something nearing it. She too feels set apart from others, but it’s not because of an extreme psychological condition like the one apparently affecting Stone. Instead, she feels limited by her “flaws” – her lack of education, her scar, her imperfect figure. When Stone seeks her out, she is baffled by his advances. His strange fascination allows her to release some of her baggage. She nervously sings for him, but she’s singing her own song, i.e., one that is poignant for her. She is shy and self-conscious when their dalliance becomes sexual, but Stone’s seeming devotion reassures her and allows her confidence to grow. Most telling of all, though, is the moment when she speaks the title. She admits feeling at odds with others, but when she learned the meaning of the word “anomaly”, she felt more pride in her individuality, if only sometimes. Stone, perhaps unthinkingly, mutters, “Anomalisa.” Lisa seizes on this. If she occasionally felt love for herself as an anomaly, the nickname anchors it to her identity. Anomalisa. She is not merely a woman, but at her core she is something special.

That revelation is visible in Lisa’s demeanor as the movie progresses. Hers contrasts with Michael’s fate; though he returns home sluggish as ever, she is renewed. The sun’s glow livens her path. Stone’s only intent in pursuing her was to sate his own desires. It would be easy for Lisa’s story to be one of grief when their affair came to an end, as if the whole ordeal was a senseless joke. Instead, she revels in the fleeting affection. For the first time, she understands and enjoys herself as a person, and she is thrilled by it. Between the two leads, the finale is equal parts bleakness and bliss – both aspects as powerful as the other and both as fitting a conclusion to the film.

In all, Anomalisa is a gorgeous, provocative, incisive work of art.