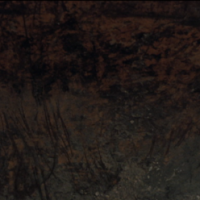 I used to really love American Beauty. And Falling Down. I never really fell for Fight Club, but I probably could have easily. I was attracted to the story of the middle-aged schlub who breaks out of the monotony of his workaday life, thumbing his nose at THE MAN. I’m less enthused by these movies now; I’ve grown older, wiser, more aware of more widespread social injustices. When I finally reviewed Falling Down for this website, I for the first time recognized the protagonist’s arrogant sense of entitlement. Thus, my initial reaction upon viewing Five Easy Pieces – the story of a post-college age rich kid suffering (and making others suffer along with him) intense apathy marked by arrogant condescension – was lackluster. It’s clear that the viewer isn’t meant to sympathize with Robert (Jack Nicholson) entirely, but I perceived his actions as childish. When he plays a piece of classical music on the piano that moves an acquaintance to tears, then waves it off as “the easiest piece” he could think of and suggests her reaction was equally phony, his woe-is-me I-don’t-know-how-to-feel-emotions act is merely grating.

Talking about the film with a friend afterward helped me see more layers there, however. I don’t mean to make excuses for Robert’s actions, but it’s clear that he’s set off by annoyances, and not simply choosing to lash out. For instance, when his girlfriend Rayette (Karen Black) attempts to be romantic with him, he initially avoids responding altogether, gradually begins resisting, and eventually explodes in anger. He grits his teeth and tries to work through his frustration, at first. Even if the frustration is something that, from the viewer, appears selfish or immature, it is a real frustration for him that digs into his mind until he can’t bear it anymore. So I do think there is something in Robert’s nature that causes his “rebellious” (boy, what a euphemism) streak.

At the same time, though, it’s apparent that Robert has agency in his decisions. He’s not drawn blindly toward situations that will exasperate him. He makes the choice to remain with Rayette, after all (for the time being, at least). I think this is most striking in the famous “diner” scene, where Robert gets into an argument with a waitress over whether he can order a side of toast with his meal. The waitress states that the restaurant’s rule is that there are no substitutions or side orders. To emphasize this, she turns and points to a sign on the wall behind the counter– a sign that would have been in Robert’s line of sight. Although the film doesn’t make this case directly, it occurred to me that he likely would have seen the sign. He chose to order in a way that caused the most problems, and therefore it can be argued that he nurtures his own rage and discontent. In all, I don’t think that he’s the bad-ass that a simplistic reading of the film might lead one to suspect; yet at the same time, I don’t think he’s necessarily the jackass he can come across as either. It’s not that there’s ambiguities to his character: there aren’t. The movie comparisons I made at the beginning are apt, as are The Graduate, Taxi Driver, and countless more. Though there are no ambiguities, there are complexities. The line between what controls him and what he controls is uncertain, and that makes Robert an intriguing character.

The movie makes a big point of Robert’s duality – again, not a particularly noteworthy concept on its own. Innumerable films have made use of the duality of man as a thematic device, to varying degrees of success. I think that this film does a good job of drawing a sharp divide between the two halves of its character so that the clash seems extreme and the balance precarious. A lot of this is accomplished through symbolism. The most blatant of these is Robert’s place in California, among a distinctly blue-collar group who lives in trailer parks and dirties themselves working in oil fields; contrast this with his urbane existence with aristocrats who scoff at the idea of owning a television set. Another visible example of the contrast comes in the soundtrack, which varies between inscrutable classical pieces that could just as easily carry no deeper meaning  as they could be profound expressions of emotion, and country music with lyrics stating unequivocally what idea is meant to be conveyed. “Don’t touch me if you don’t love me.” “Stand by your man.”

Yet there are a couple of moments of this symbolic duality that stuck out to me which, after a brief online search, I’m not sure many have addressed. They evince a great artistry that makes me believe there may be even more going on in the movie than I’m currently aware of. The first is the very first shot of the movie; I am certain that the shot must have been intentional because of the fact that it is the first shot. It is the image I’ve chosen to accompany this review. At first blush, the image appears to maybe be a painting of some sort – perhaps a dark forest, the vague outlines of tree trunks visible through a thick fog. The camera moves backward and the image rises, revealing the truth: it is a pile of dirt in the bucket of a steam shovel. Seeing a work of art dissipate into a pile of dirt so quickly is a powerful image that speaks to the discord in Robert’s own life. The second moment comes later in the film, when he plays “the easiest piece” he could remember. While he plays, the camera moves slowly around the room, landing on a series of black-and-white photographs of his family members and himself, all looking somewhat forlorn, as well as images of famous musicians. The photos are arranged unevenly – perhaps meant to evoke notes on a staff? When accompanied by the melancholy tune he’s creating on the instrument, the images suggest the depression Robert feels which leads him to behave the way he does. When the camera reaches the last photograph, the next image is lands on is the window drapes (the picture was hung just next to the window). The drapes are a rich yellow, and the sudden transition from the black-and-white images to the bright yellow of the cloth is jarring. I believe this is a visual representation of the clanging uneasiness in Robert’s mind.

The same jarring sensation is represented a little less subtly in an aural fashion earlier in the film, both in the repetitive clinking of the oil rigs and in a memorable scene where Robert belts out a song on a piano in the back of a flatbed truck while a traffic jam erupts in a chaotic series of honking horns. Still, those moments inform my belief that there are bits of symbolic meaning included throughout the film, some that maybe I did not even pick up on after this first viewing.

It would be easy to write Five Easy Pieces off as the wish fulfillment of a desensitized post-grad who gets off on being detached from society, or as the aimless journey of a sadist who abuses everybody he encounters. Both readings are too thin; the depth of the characters’ personalities, the handling of its symbolism and themes (even if the symbols and themes themselves are somewhat rote), and the choice to end on an unsatisfying note – or perhaps not unsatisfying, but merely un-punctuated – suggest there’s a lot more to be discovered under the surface. I expect I’ll find more to discuss on a second or third viewing, but for now I’m just pleased that the film has already given me so much to reflect upon.