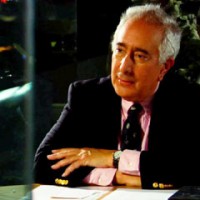 I think my two favorite film genres are documentary and Christian. Consequently, it’s kind of amazing that it took me so long to watch Ben Stein’s anti-science propaganda piece Expelled, a “documentary” about the way the scientific community (“Darwinists”, by the film’s terms) has systematically sought to discredit and ruin the lives of creationists. Incidentally, I’ve seen two different documentaries about Sarah Palin, former vice-presidential candidate and well-known crank. I tried to keep something of an open mind during those viewings, ultimately acknowledging that there may be a richer story behind Palin’s meteoric rise and crash than either the fawning right or dismissive left are willing to tell. In short, I’m not saying I didn’t go in with any preconceived notions, but I tried to see the bigger picture. That said, I would like to think that I could approach Expelled from a similar standpoint: not particularly keen on the message, but at least open to the movie’s attempted explanations of the thinking of “Intelligent Design” supporters, insomuch as their position is coherent.

I say I would like to think I would have the ability, but unfortunately I do not. That’s not attributable to any failing on my part, but instead can be entirely tied to the fact that the movie is remorseless, obnoxious, insidious propaganda which fails to even attempt the most basic task – laying out its position. Instead, it spends an hour and a half complaining that evolution denies God (without explaining why this is a problem) and trying to tie evolution to Nazism. Oh sure, Ben Stein eventually says, “I know that Darwinism does not automatically equate to Nazism”, but it’s hard to take seriously after he’s spliced in footage of Hitler after every mention of evolution. This isn’t a movie; it’s a joke.

The majority of the film is made up of a procession of supposed academics who have felt the cruel sting of the “scientism gulag” because they sinned by “giving Intelligent Design (ID) some modicum of credibility.” These people feel that they are viewed as intellectual terrorists, and that the Darwinists are out to get them for daring to go against the grain. All of the interviewees are bitter about being ousted from positions at institutions of higher learning for the crime of defending ID. Yet the movie doesn’t even attempt to explain why these allegedly afflicted individuals shouldn’t be laughed out of our universities in the same way that people who believe in fairies and hobgoblins might be. Instead, all it can offer is indignant appeals to the ideal of “academic freedom” and denigrating references to the “Darwinian gospel.” Ironically, many of their criticisms of the scientific community are exactly the criticisms that have been lobbed at defenders of ID – the equivalent of a crumb-covered child blaming others for getting into the cookie jar. Seriously. Without a hint of self-awareness, Ben Stein and his interviewees throw out insults about scientists, e.g. “Some people are so deeply entrenched in their worldview, they will not countenance alternatives”; “People who don’t have an argument are reduced to throwing sand in your eyes.” You can’t tell me Stein doesn’t realize this describes Expelled exactly.

The movie also has a bizarre split-personality with regard to what, exactly, ID is. It is often criticized for being a recycled version of creationism, but ID proponents are quick to point out that their quote-unquote “theory” (and I use that term very loosely) is not religious in nature – it posits a “Creator”, whatever that may be, but not necessarily a “God.” Yet when scientists suggest that life on Earth may have arisen by electrically-charged crystals or by way of extraterrestrial spores, Stein scoffs: “Crystals? Aliens? I thought were were talking about science, not science-fiction!” This from a guy trying to sell his audience on pure fiction. Throughout the movie, Stein repeatedly intones that evolution is connected as a matter of course with atheism. Cue sinister music. Of course, he never makes an effort to explain why that has any significance, if true, other than the obvious religious leanings of his intended audience. Further, he goes out of his way to point out that many early scientists were in fact members of the Church. This sort of have-cake-and-eat-it-too attitude is despicable: science is evil, but when it’s good we want to take credit for it.

Then comes the inevitable quasi-philosophical gotcha questions that could only convince the thickest viewers. “How does Darwin say life began?” comes the accusative query. “How can there be a theory about life without a theory of how life began?” Let’s not mince words: this is idiotic. The same question could be raised with regard to practically any subject. How can there be math without a theory on how math began? How can there be space without a theory about how space began? Not having all the puzzle pieces does not mean the puzzle doesn’t exist, nor does it mean that pieces you’ve put together don’t form a coherent picture. It certainly doesn’t give ID supporters carte blanche to have unverifiable ravings treated as though they have any legitimacy whatsoever. I don’t know how this slipped into the movie, but Eugenie Scott (Executive Director, National Center for Science Education) takes apart Stein’s collection of victims in an instant: “If they have a way of understanding nature superior to the one we’re making lots of discoveries using… great. Bring it on.”

Yet Expelled conspicuously neglects to respond to this seemingly simple request. It doesn’t name one discovery pointing to Intelligent Design or made using a framework of Intelligent Design. Instead, the movie’s tactic is to poke absurd “holes” in the theory of evolution – like a child playing cops and robbers furiously screaming, “I got you! You’re dead!” You might notice I’ve compared Stein to a child twice now… that’s no coincidence. Speaking of coincidence, the movie breaks an arm patting itself on the back for its alleged take-down of evolutionary biologist Richard Dawkins. Lifting a page from Michael Moore (or… Jurassic Park?), we cut to a cartoon commissioned specifically for this purpose, showing Dawkins playing a slot machine. Stein, in his trademark kick-me voice, snidely informs his viewers that a single cell contains 250 proteins, and that the odds of such proteins randomly occurring many times over to create multi-celled organisms, such as orangutans and humans, is impossible. If this were a serious undertaking at all, I’d be surprised that Stein wasn’t corrected on this serious misinformation – evolution is no “junkyard tornado” that magically springs fully-formed beings into existence.

But this isn’t a serious undertaking. It’s the return of Leni Riefenstahl (look, Ben Stein, I can make Nazi references, too!), except with a fraction of her artistry. Stein is intentionally misleading… no, misinforming… no, lying to his audience. This IS a documentary about “Intelligent Design”, after all. It’s cheap, sleazy, and can’t even be defended for at least being sincere. Can you imagine being someone this movie was meant to appeal to? Even the guy on your side thinks so little of you that he doesn’t bother painting an honest picture of the quote-unquote “debate”. How embarrassing. How patronizing.

How did this get made?