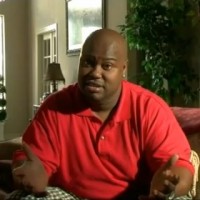 I like to believe that I have a… shall we say refinement when it comes to rating films. My hope is that a regular reader would be able to determine what rating I’m likely to award a given film because I try to have a system that, if not scientific, at least attempts to categorize films by their worthiness beyond the mere question of whether I liked the movie. Accordingly, I am extraordinarily reticent when it comes to awarding the full five stars. Even with movies that I love, I’m hesitant because in my mind a five-star film is almost perfect. When I grant a movie five stars, it ought to mean something; consequently, the last film I gave the five-star treatment was 56 Up in February of this year — before that, it was Citizen Kane, when I reviewed it in August 2011. There have been numerous 4.5-star films in the last two years, but for me a five-star film is one that bowls me over not just by being entertaining, but by being expertly crafted so that every element seems to work together toward the end that is the whole. What can I say? I have written about more than 1,000 movies, I maintain this website, not because I’m a movie reviewer: I’m a film critic.

With that said, I wonder whether I give out 1/2-star reviews too liberally. I decided, on a whim, to go back through all the reviews I have ever written–including those posted only on the Facebook application where I initially began posting my thoughts on films–in order to count how many religious films I have seen. At this time, that number, including The Player’s Manual, is 60. While re-reading some of those reviews, I was reminded of just how bad a movie can be. I read about movies where the audio was virtually non-existent, the acting sub-subpar, the whole production seemingly put together with no sense that the filmmakers actually knew just what in the hell they were doing. There were times when I felt that what I was watching must literally be torture. As an example, take my final words on A Sinner’s Prayer: “[S]omehow I made it through. I can take anything you can throw at me. Go ahead, bring on Manos: Hands of Fate. After watching all of A Sinner’s Prayer, I’m pretty sure nothing can hurt me now.”

It’s just a thought. Is Pray 3D: The Storm really a half-star movie because there is no forward momentum and it totally forsakes the mythology built up by the prior movies in the series? Even if those are legitimate reasons to rate it poorly, is it truly on the same level as a movie that “begins with ten minutes of credits played over Christian rap songs, followed by portions of sentences from the Bible (misspelled and strung together as to be meaningless), followed by another ten minutes of a preacher yelling things at an invisible audience… all before getting to the real story”? That description comes from my review for Only GOD Can Judge Me, FYI. It’s just something to consider. Should I be more discerning on the low end of the spectrum, or is a really bad movie as bad as any other really bad movie, even if one is reeeeeeaaaaaally bad? None of this is particular important to a discussion of The Player’s Manual. It literally ends with 20 minutes of producer/star(?) Levi, at first reading from the Bible and then devolving into a stream-of-conscious rambling that concludes with a call to prayer. Throughout these final twenty minutes, generic rap beats play over the scene and the camera (which is just a cam-corder, near as I can tell) is operated by a guy running around the room, randomly shooting close-ups and tilting the image. In short, there’s no question: The Player’s Manual earns its half-star rating.

One thing I suppose I could implement is a zero star rating. Because Facebook did not allow a rating lower than half a star, I’ve always considered it the lowest possible rating. Would that help me categorize bad movies more effectively? Or is more likely that I would use it in as selective a manner that I’ve used the five-star rating; i.e., to add a greater weight to movies that are totally incompetent or depraved. Under either standard, I’m not sure The Player’s Manual would qualify. Before those last 20 minutes, the movie is less the crazy rambling of a madman and more an uninteresting drama about two guys trying to make it in the ‘hood, but who don’t realize that they won’t come out on top if they neglect the time-honored rules of the Player’s Manual, which is a compendium of wisdom and poetry that players from the past have handed down to the hustlers of today.

Yes, The Player’s Manual is the Bible. Surprise! It seems like this would be a revelation worth saving until the end of the movie, you know, to make one of them twist endings the kids are always talking about. But then we would be robbed of Levi, who narrates the tales of Romeo and Sam, repeatedly saying things like, “You have to follow the Bible, which we call The Player’s Manual.” They also would probably have been reluctant to give it away in the film’s awesome tagline: “The Bible’s not just a book for grandmas. It’s the Player’s Manual.” I love this admission that, yes, it is a book for grandmas… but not just grandmas!

Anyway. In the first of two stories, a player named Romeo hooks up with multiple girls. When he remembers the name of one girl, she tells him she’s impressed; in return, he squeezes her ass and responds, “Now I’m impressed.” Smooth, Romeo. Even though his friends are warning him of the error of his ways, Romeo just won’t listen. “You know, there’s this story ’bout a trick named Samson – he had braids just like you,” one of Romeo’s homies intones. Alas, it’s no use. Romeo subsequently impregnates one of the women he’s seeing, then makes the mistake of letting another of his ladies follow him to her house. The spurned girl does the only reasonable thing: she pulls out a switchblade and slices Romeo’s back open. Yow. But you think this is the punishment Romeo gets for straying from the Bible, which we call the Player’s Manual? Ah-ah-ah, not so quick. Some unspecified time later, Romeo had an awesome scar on his back and he falls in love with a new girl named Donna. He decides he’s ready to give up his player ways for her, but when he goes to propose she dumps him for being poor. Ouch. God’s perfect justice just got ya! Boom!

In the second story, we meet Sam and his cousin Freddy; two good kids who get caught up in drug dealing to overcome the poverty that ruined Romeo’s life in part one. Before their story starts, Levi warns us that it’s about to get real: “Y’all sittin’ for this next one, it’s gonna be hotter… just hotter.” Levi, incidentally, breaks in to comment on this story a lot more frequently. Where he was sitting on a couch wearing a golfer’s outfit before, now he is playing billiards by himself and takes on a vacant stare when the movie starts up again (it’s later revealed that he’s watching the same movie we’re watching on a TV/VCR). Eventually, when he’s no longer able to sleep, Sam tells his drug dealing gang that he’s getting out and they should, too. “You can’t even tell me you can’t make a million dollars selling bubblegum but you can selling dope.” Um… why can’t I tell you that? You don’t like hearing true things? But even though Sam and Freddy seem to have followed the rules of the Bible, which we call the Player’s Manual, it’s not good enough for God. The pair is arrested by the D.E.A. just as they prepare to leave to start their new pious lives. Perfect justice strikes again!

Now here’s Levi again for that 20-minute rant, which could have been a lot shorter if he’d have listened to his own words: “You seen what happened to Romeo. I don’t have to re-preach that, the show preaches itself.” Nevertheless, he keeps quoting the Bible and telling stories about its characters trying to convince you that your grandma’s a lot cooler than you gave her credit for. Knowing that it’s the only thing that will make you interested, he assures the viewer that the Bible, which we call the Player’s Manual, has got “hookers, players, and harlots.” THERE’S HOOKERS? WHY DIDN’T YOU SAY SO EARLIER? Levi doesn’t elaborate, unfortunately, instead telling the viewer that all you have to do to get into Heaven is accept God’s love. “He coulda told ya to do the 100-yard dash in less than five minutes, but he didn’t. Don’t argue with him about the method.”

But in the end, following the rules of the Bible — which we call the Player’s Manual — isn’t just about the reward of getting into Heaven. As Levi wisely explains, “It’s about hookin’ up wit ya creator.” Tsk tsk, don’t kids have morals anymore? This hook-up culture has gone too far if now you’re hooking up with your creator. Haha, I’m just joking. Any love is good love; you should take what you can get. Just like I take what I can get when it comes to bad movies. They’re not always so incompetent as to be worth zero stars, nor are they always so hilariously bad that they’re worth revisiting. Sometimes, as is the case with The Player’s Manual, they fall somewhere in between: sometimes funny and often flailing, but ultimately too bland to have strong feelings about one way or the other.