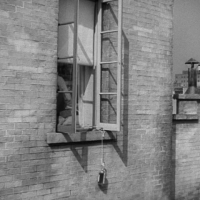 I haven’t written a full-length review in a while now, although I’m trying to maintain some sense of continuity by posting short ones on the GTTM Facebook page. Though I apparently have enough time to watch movies, I’ve felt that I don’t have enough time to write full reviews as a law student. But my first year of legal learnin’ is almost at an end, so it feels like it might be time to stretch the ol’ reviewing muscles again. What better way to do that than to pick up right where I left off on The Letter Game when I fell off in – gasp! – May, last year. Wow, has it really been that long? Yow. Crazy. In any case, what better place to start than a stone-cold classic, the 1946 Academy Award winner for Best Picture… director Billy Wilder’s The Lost Weekend.

The short version is that the movie chronicles the downward spiral of New York novelist Don Birnam (Ray Milland) as his alcoholism gets the better of him over the course of a long weekend. Giving voice to those afflicted with the disease has become something of a mainstay in cinema lately – coincidentally, my father sent me a text message asking if I had seen Flight, in which Denzel Washington struggles with alcoholism, just as I began viewing The Lost Weekend. Yet at the time of the film’s release, it was seen as a shockingly taboo subject, one that made the studios reluctant to release the film at all. The alcohol industry lobbied to have the movie suppressed, out of fear that it would ruin their reputation; temperance groups lobbied for suppression, too, fearing the film celebrated the bottle. The latter could have relaxed: the movie paints a gruesome picture of alcoholism.

Birnam is an antihero, fully aware of his limitations but unable to prevent them from taking over. He compares himself to Jekyll and Hyde, the “other Don” rising to the surface when his blood-alcohol content gets too low. He’s aware of the harm he’s doing to his body, of the terrible burden he places on those who love him, of the scornful looks of strangers on the streets, of his own life being ruined… and yet, somehow he can’t break free. As soon as his best girl Helen (Jane Wyman) and his brother Wick leave the apartment, Don wastes no time tearing the place apart in a desperate search for a hidden bottle of rye. His intake of alcohol is more than an addiction; it’s become a physical need. When he goes without it, he gets weak and pale. Later, as predicted by a nurse in a rehab center, he experiences horrific hallucinations of bats and mice locked in a bloody duel in the night. His body cannot function without drinking, although by the same token he cannot function socially. He breaks dates with Helen and with another girl, Gloria, and instead of apologizing begs for money to buy another bottle of whiskey. He gets a gun to kill himself and end the misery, but the “other Don” hocks it at a pawn shop for more drinking money before he can  fire a single shot.

Although the movie ends on a relatively positive note, everything that comes prior is positively dour. This is no romantic tale of alcoholism where two shattered souls find each other and help one another weather through the rough times. This is no glorification of the drink as a writerly aid in the creative process – in fact, when the thirst takes hold Don can get no further than the title page of his great American novel. This is no movie about making the right choices or coming to one’s senses, either. The Lost Weekend makes no bones about the fact that Don is sick. He is ill. And as the movie progresses, as he reminisces about the time three years ago when he first met Helen and attempted to hide his addiction from her, he becomes increasingly defined by that sickness until he can barely move at all.

To my knowledge, I’ve never known someone in real life as truly immersed in the disease as Don is, but I appreciate Ray Milland’s portrayal of the character. He doesn’t slur his words like many actors playing drunks tend to do; rather, he simply becomes more insistent, more easily set off. In addition, I read that Milland ate less as the shoot went on in an effort to recreate the forgetfulness of someone actually suffering from the disease. At one moment, Don is busting out a marvelous soliloquy rationalizing his actions, at the next a disjointed mess too sad to even pick up his shot glass, instead lapping it up like a dog. It’s essentially a one-man show, because although there are several supporting characters – Helen and the conflicted bartender Nat most prominent among them – they’re all so much buzzing in Don’s ears; restating their concerns and offering to help, but unable to do much more than watch in agony as Don downs another shot of rye. But Milland carries it well, giving life to the character’s increasing desperation until it reaches a fever pitch.

I am disappointed by the final moments of the film due to their suddenly sunny outlook. I’d like to interpret it as a misdirect, that the moment will break as it inevitably has before, but I can’t say that was truly the intent. I’d like to imagine that the studio objected to the glum nature of the proceedings and demanded some kind of resolution to the whole of the thing. But again, I can’t say that’s an accurate appraisal of the situation. I am comforted by the wistful way that Don refers to those like himself, whom he believes are seen by the public on the streets as “comic fellows”. It’s a dark line of dialogue because by everything we’ve just seen, anybody who lives like Don is far from a clown. Those “comic fellows” are suffering from a debilitating, seemingly inescapable depression. So yes, The Lost Weekend ends with an eye toward the sky. But that doesn’t suggest it’s forgotten the storm clouds.