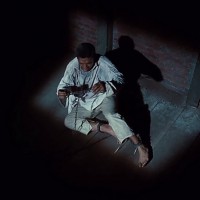 Armond White, contrarian extraordinaire, made waves earlier this year when he compared director Steve McQueen’s powerful 12 Years a Slave to “torture porn” like Saw. White’s words were no doubt designed to cause a ruckus, but it’s not difficult to get the same message from other reviews. The AV Club’s review assures that “viewers who avert their eyes won’t escape” and alleges that this is a horror movie. Susan Wloszczyna, at RogerEbert.com, cautions that the movie “ensures that the audience palpably feels the flesh-ripping agony” of the torturous displays on-screen. The promise of gruesomeness, piled on top of an already gut-twisting story about the inhumanity of American slavery, was almost enough to make me hesitant to view the film. Luckily, I was not completely deterred.

Such descriptions do the film a disservice. This is not to say that there aren’t moments of violence or of shocking depravity on the part of the white slavers, but only that their impact isn’t as visceral as one might imagine. It’s hard to describe exactly, but I think Scott Tobias at The Dissolve gets closest by describing McQueen’s strategy as remaining at a “clinical remove”. We are indeed sickened and heartbroken by some of the events portrayed, but they aren’t lingered over for purposes of some perverse voyeurism – in fact, the most strikingly violent incident takes place out of the viewer’s field of vision. Where the camera does linger (and I am thinking particularly of a long-take involving muddy toes), it serves a greater purpose than sheer discomfort. It serves as a potent metaphor for the institution of slavery as a whole, and as with many of the individual scenes in the movie, it is uncommonly beautiful and has an expert emotional pull.

The movie’s protagonist is Solomon Northup (Chiwetel Ejiofor, Children of Men), a free man in 1840s New York who is kidnapped and sold into slavery in Georgia. As a slave, he is both witness and victim of dehumanizing acts. While I’m reluctant to describe it as a horror movie, per se, there are certainly instances where the tension is wound tight. One stunning moment comes when Northup’s brutal master Epps (Michael Fassbender) rouses him out of sleep in the dark of night, holding a knife to his throat and accusing him of trying to send a letter to his wife in New York. The scene is lit only by a lamp that Epps holds in the hand wrapped around Northup’s neck, the camera close in on the two characters. There’s a moment of uncertain fear while we wait to hear whether Epps will believe the quick-thinking explanation our protagonist provides, and then the awful fall-to-your-knees feeling of temporary relief when the lamp is blown out after the confrontation, and the screen goes dark. This is followed by another beautiful moment: Northup burns the letter, knowing it is a lost cause, and the camera stays on the curling embers until the last one has been extinguished.

There are so many small, fascinating moments like the sight of the letter’s final orange twisting that punctuate the tense, larger scenes. The growling hum of a paddle-wheel turning in the water, the purple juice of a blackberry winding along a plate’s edge, the image–never commented on–of a man’s tears dripping down a woman’s back. By having a grip on what the movie should be in these small moments as well as in the more direct dramatic turns, the film feels expertly crafted from top to bottom. One specific moment, both big in that it takes up an entire scene and small in that its power comes from the tiny variations in Ejiofor’s expression, is a mournful song sung by a group of slaves over a grave-site. The gritted teeth, the pantomimed singing at first that finally erupts into full-throated wail… it’s a remarkable, tears-in-your-throat moment that’s handled very well.

Part of what makes it work is Ejiofor’s performance as Northup. The turbulent mix of anger, determination, despair, and fear is apparent at all times on his face, even without the florid language employed by the screenplay. Many of the other actors and actresses do a fine job as well. I’ve seen several people point to Lupita Nyong’o in particular, the actress who plays the slave Patsey who is the object of Epps’ affections and derision in equal measure. There wasn’t really anything about her performance – or of Fassbender’s, for that matter, who I’ve seen compared to Ralph Fiennes in Schindler’s List for cold menace – that made it stick out in my mind. By contrast, Adepero Oduye as Eliza, whom we see losing her children at auction and subsequently mourning her fate, made more of an impression on me. Yes, many of her scenes are broad in the sense that they require anguished sobs, but when Northup confronts her on the utility of this show of emotion she rises above the film’s star in her measured response. When she leaves the movie, it leaves a real void.

It’s not inherent in the movie itself, but it is of course difficult to watch 12 Years a Slave without thinking about racial justice in the 21st century. We are not as far removed from the 1840s as we like to believe – I often think of a scene in the faux-documentary C.S.A. (about a world where the South won the Civil War) that showed an aged Abraham Lincoln on film in the early years of the 20th century. That’s how close we are to American slavery: close enough that Lincoln, had he lived, may well have been alive into the 1900s. I’m in law school right now, and currently enrolled in a Civil Rights course; we have been reading parts of Michelle Alexander’s excellent “The New Jim Crow”, which documents how African-Americans are still systematically disenfranchised and discriminated against by the government. Being aware of this current reality, it’s tragic to hear the slaves console themselves with assurances that the white slavers will get what’s coming to them in the end. There’s little justice now, 170 years later. When is “the end” in which the white-made oppression will be resolved? Further, I suspect that most (white) viewers will not consider the state of affairs today, instead feeling comforted that slavery’s cessation adequately achieved the goal of serving justice.

Yet those thoughts are ones that – while inseparable from the thrust of the movie – are not actually related or attributable to it. The movie itself is skillfully made. It has many an immersive, artistic shot, and equally as many affecting dramatic turns. It’s intense and effective; though it shows horrors, it’s no horror show.