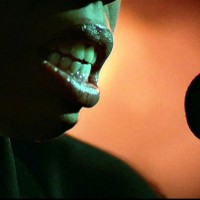 For this week’s Letter Game, I’ve decided to honor the excellent television show “Community”, which is currently on hiatus. The show included an homage to The Warriors in its first season episode ‘Modern Warfare’. Gone, but not forgotten!

There’s a significant number of ’80s action films which are hard to appreciate if you see them for the first time as an adult. You need a child’s sense of wonder and awe in order to fully take in their magic; an adult’s critical eye just won’t do. For me, a fairly recent first viewing of Top Gun was hard to enjoy because of the latent homo-eroticism present throughout; where a child might just see a cool action film, my adult mind had to wonder whether the sexual tension between the fighter pilots could possibly be unintentional. Add to this list Walter Hill’s The Warriors: a classic from the era, yet embarrassingly cartoon-like now.

The movie concerns a street gang in New York which goes by the name – yep, you guessed it – The Warriors. At the start of the film, they’re attending a meeting held by the leader of the Riffs, the most powerful gang in the city. We see all fashions of kooky gangs on their way to the meeting. There’s the Electric Eliminators (dressed in yellow jackets), The Blackjacks (in black muscle shirts), The Queen’s Bridge Mutilators, The Meatpackers, The Turnbull AC’s, The Shanghai Sultans, and a gang who dress up as mimes, just to name a few. The Riffs’ leader, Cyrus, has called them all together to propose a truce: if they work together and stop the petty in-fighting, they can own New York City outright. While the crowd cheers their approval, the leader of The Rogues (get it?) produces a gun and shoots Cyrus down. This, combined with the sudden appearance of an army of police officers, causes a panic. Everybody runs away, but not before The Rogues’ leader, Luther, pins the murder of Cyrus on The Warriors.

Uh-oh, Warriors, how are you gonna get out of this mess? It’s late at night, and the gang has to get back to their home turf on Coney Island, but every gang in the city is out to get them for Cyrus’ murder. The Riffs are understandably upset and vow to hunt down the Warriors and take them dead or alive. The Warriors later have to contend with a group that calls themselves The Orphans, and when they become separated later some of the group faces off against the Baseball Furies, a gang that paints their faces and dresses up like – you guessed it again – baseball players. The chase sequence involving the Baseball Furies is goofy fun with an energetic synth-pop score accompanying, but when the two gangs eventually face off their fighting is badly choreographed. They swing their baseball bats wildly, narrowly missing the Warriors who simply duck out of the way.

As the night progresses, the gang finds themselves in all kinds of dangerous situations. One of the Warriors, Ajax (James Remar, “Dexter”) finds himself in hot water after deciding to leave the group in order to sexually assault a woman in the park; a few more accompany some frisky females to their apartment, only to find that the girls aren’t happy to see them; another of the Warriors, named Fox, is dismissed from the film after getting into a scuffle with the cops and being thrown in front of a speeding train! Nobody really mentions him again. It’s sort of like a version of Martin Scorsese’s After Hours, except with silly violence around every corner rather than surreal miscommunication. And through it all, Lynne Thigpen (best known as The Chief from “Where in the World is Carmen San Diego?”) provides color commentary from a radio station, the camera showing a close-up on her lips as she comments smoothly on the action into a microphone. “Be lookin’ good, Warriors. All the way back to Coney. Ya hear me, babies? Good,” she says, “Re-e-al good.”

And so it goes. There’s some tension between the self-appointed leader of the Warriors, Swan (Michael Beck, Xanadu) and Ajax – but it doesn’t really go anywhere. A girl named Mercy who was with the Orphans begins to tag along with the Warriors, largely so that there could be some kind of romantic interest for Swan. Aside from that, there’s not a lot to the movie. Seeing a stream of gangly fight sequences is fun, I guess, and I can imagine cheering the good guys on when they take down a roller-skating gang in a bathroom – throwing guys forcibly through wooden doors and blinding them with spray paint – if I had yet to become a teenager. The cartoon-like aspect of the film is driven home by stylized comic book scene transitions wherein the action becomes pen-and-ink and we see different panels as though the film were being read from a comic book all along. There was a special word from the director before the start of the film where he indicates that this is what his vision for the film always was.

Personally, while The Warriors is dumb fun, I found a lot more excitement reading the IMDb Trivia for the film. Initially released with a misleading ad campaign which purported that the movie was about actual gangs rather than Looney Tunes gangs, the production of the film and many showings were rocked by the influence of real New York City toughs. Allegedly, the film crew’s trucks were “protected” by a real gang for $500 per day; another was paid to appear in the film in order to avoid violent retaliation for invading their territory; crew members received death threats for not casting more local gangs in the film; another actual gang called The Homicides threatened the cast for wearing gang colors on their turf. If these incidents are all true, they tell a much more compelling story than the one that was actually produced. In fact, the film is so spineless that it ends in the most ridiculous manner possible: by having its villain confess his evil deeds aloud with the Riffs nearby to hear it.

Hooray! As if you couldn’t have guessed, everybody still alive lives happily ever afterward. Thigpen apologizes for accusing the Warriors of murdering Cyrus on behalf of the rest of the city of New York, and as a consolation plays a song for them – “In the City” by Joe Walsh. Huh? I guess because they were in a city during the night? I assume that now that everything is worked out, the gangs do team up and take over New York at this point, as originally planned… the movie is kind of fuzzy on the details here, unfortunately.

What I’m trying to say that The Warriors is dumb, but fun. It’s easy to go along with it and have a good time, but difficult to love unless you just always have loved it. It doesn’t have anything serious to say, and though multiple people are killed their deaths are given such little weight that it’s almost as though they never existed in the first place. The Warriors’ original leader, Cleon? He’s in one scene, basically, then completely abandoned. This is not a good movie, but it’s an amusing one. It’s awful, no doubt, yet only bad if you’re looking for something more out of it than boyish fantasy.