The God Who Wasn’t There 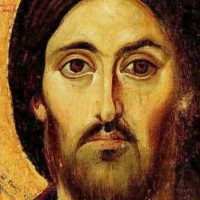 The God Who Wasn’t There

When a person makes it known that they’ve abandoned their religious faith, there’s a set of fairly standard responses that their still-believing friends and family are prone to trotting out. The most popular by far is to claim that the one who has left their faith behind is simply “angry”. The newly liberated must then defend themselves from this patronizing adjective, declaring their serenity and reiterating again and again that the blame can be placed squarely on the shoulders of the real world, for not matching the fables of the religion they’ve excused themselves from. Brian Flemming’s documentary The God Who Wasn’t There is a predictably biased picture which details many well-known (yet still hugely persuasive) arguments suggesting that Jesus did not exist. This is just preaching to the converted, for lack of a better phrase, and it’s presented with a sarcastic tone to ensure that you recognize it. But the film’s failure is in not realizing that there’s nothing particularly compelling about all this re-hashing of information which many (most?) of the film’s primary audience is already familiar with. What makes the film stand out is in the subtle revelation that Flemming is, in fact, angry. He’s very angry.

The movie concentrates Flemming’s personal story mostly toward the end of its hour-long runtime, and I understand why. It’s intended as a final nail in the coffin, or finger in the eye, however you perceive it. Our narrator and director goes back to the fundamentalist school that he attended as a child, confronts the superintendent, and tells him that he’s been willfully ruining children’s lives for years with foul lies and frightening images. That’s all true, and superintendent Ronald G. Sipus should be ashamed of himself. There’s only so much entertainment that can be gleaned from watching the man squirm, however; the more intriguing aspect of this moment is in how desperately Flemming needs to challenge Sipus, a man who in another life was a looming authority figure. The final scene of the film has the director turning the camera on himself for the first time, standing in the chapel where he accepted Christ into his heart, and declaring aloud that he renounces the Holy Spirit (the single unforgivable sin in Christian doctrine, Matthew 12:31-32). It’s a powerful final moment – and, incidentally, comparable to Alex Kendrick’s riveting “Where are you men of courage?” speech that caps the Christian film Courageous. But I feel that the film could have left more of a lasting impression if its central thesis was about its director’s anger rather than attempting to hide it and present it as virtue.

Being angry isn’t a virtue, of course, but neither is it a flaw. The virtue is in being able to side-step that anger and put it into something useful. A shouting match with your grade school superintendent doesn’t accomplish anything, but allowing others to witness that naked expression of frustration might make for a film that resonates dramatically. But there’s not much further exploration of Flemming’s transition to atheism; the focus is largely on providing arguments about why Jesus does not exist or why Christians are bad. I don’t know if the massive popularity of the brutally violent Mel Gibson directed The Passion of the Christ necessarily means that Christians have an insatiable bloodlust, and equating all of Christianity with the likes of Charles Manson and Dena Schlosser seems a bit intellectually dishonest. (Now, if Flemming’s intent was to show how insane religious beliefs somehow get a free pass until you finally cut off your child’s arms, there might be something weightier there.)

The more objective evidence is indisputable, however. The number of Christ-like figures in folklore across the world pre-dating Jesus is uncanny. Prominent author Sam Harris describes the Christian belief  “although all of these other similar characters were not real, mine is” as special pleading. It’s an unblinking disregard for truth, a conscious choice to hold fast to a fallacy. Additionally, Flemming dives into the authorship of the Bible, illustrating the generational divide between when Jesus supposedly walked the Earth and when Biblical authors began writing stories about him. He shows that the first truly evangelical Christian, Paul, knew almost nothing of the stories about the character that we know today: the virgin birth, the miracles he performed, his temptation in the desert by Satan, his twelve disciples, transfiguration and more… all were unknown to Paul. Is it more likely that Paul decided that all of this information was irrelevant (an absurdly common argument in Christian apologetics), or that later authors – and even Paul himself – simply created the Jesus character from whole cloth? The only way to argue such plain statements is to bend over backward making excuses for such Biblical contradiction.

And that’s all well and good, but what about the thousands of other religions? It’s not hard to prove Jesus is a fraud, but can we simply dismiss all other deities simply because this one was fabrication? Isn’t it, theoretically speaking, a possibility that there is a different creator god which set this whole crazy planet in motion? Within the world of this movie, there is no evidence one way or the other regarding other religions – in fact, Zeus gets brought up repeatedly as a god who is obviously not real, though no one makes the slightest attempt at arguing against his existence. Why is that?

I think the title says it all: The God Who Wasn’t There. It’s very specific wording. “The God” refers to a specific entity, which for Flemming is Jesus. Now note the final three words of the title, note the use of the past tense. Where was The God supposed to be? He was supposed to be discernible in our narrator’s life, providing him comfort and guidance. He was also supposed to be a real person in history, if you want to take the title more literally, but judging from the film’s final moments, I don’t think I’m stretching too far in my interpretation. I just wish the movie had spent more time exploring that lost, bitter feeling that many undoubtedly face (and then feel guilty about for appearing too “evangelical” in their unbelief, as though being vocal alone is criminal). These are true feelings that are rarely addressed.

Instead of tackling these emotions, the movie prefers to ambush Christians on the street and ask them how much they know about Mithra. It’s funny to watch them squirm, I guess, but it would be so much rewarding to put the filmmaker under the microscope instead.