Beasts of the Southern Wild 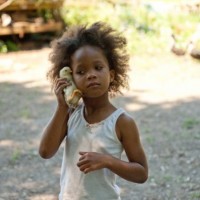 Beasts of the Southern Wild

Sometimes, when talking about movies that are widely considered to be great, there will be a person who holds an agnostic position toward the film. “I respect it more than I like it,” this person will declare, thereby having their cake and spitting it out in disgust too. This phrasing gets used a lot with reference to Orson Welles’ Citizen Kane, allowing the speaker to emphasize their appreciation of the film’s technical wizardry while simultaneously noting their inability to connect with it on any deeper level. Does the use of this phrase speak to the user’s lack of refinement, or is it a justifiable position to take? After all, filmmakers sometimes make choices that are conceptually daring yet turn their audience away. Director Gaspar Noe’s use of a low frequency hum during the first act of Irreversible is intended to make the viewer physically ill (no joke), but it’s a technique used to set the queasy tone for what is to come. It’s easy to see how a viewer might be repulsed by this, while appreciating the intent. As another example, I was taken out of the action by the final lines of Jennifer Westfeldt’s Friends With Kids, but I could applaud the intent even if I felt that it didn’t necessarily work. This is not to say that there aren’t situations in which a person may “know” that they will be looked down upon for holding a contrarian view of a work and buffer their response with this phrasing to avoid ridicule. When a film is highly regarded, it becomes difficult to tell which of these approaches is truly being taken. As you may have guessed, all of this is to say that I appreciate first-time director Benh Zeitlin’s Beasts of the Southern Wild much more than I liked it.

There’s no shortage of reasons that one should like the movie. The stars of the feature are all amateurs, including the little girl who plays the protagonist Hushpuppy (Quvenzhané Wallis). Five years old at the time that the film was cast, her line delivery imbues even the lines that sound childish with a whimsical wisdom. Her father is played by Dwight Henry, also an amateur (his day job is running a bakery in Louisiana), and similarly gifted with the ability to deliver a performance to precise that it feels entirely natural. The scenes that the two actors share are uniformly entrancing. The dialogue they are given goes a long way toward inviting viewers into Hushpuppy’s world, as well. “When it all goes quiet behind my eyes,” Hushpuppy whispers in voice-over, “I see everything that made me flying around in invisible pieces.” It’s a vision of the world as seen through the eyes of a child, as filtered through the minds of adult screenwriters, and filtered once more by the line reading of a child. That that curious intelligence comes through so clearly is nothing short of remarkable.

Then there is the film’s singular mise en scene, a picture of the primary characters’ lives in rural Louisiana that is unflinching. They live well below the poverty line, eating cans of cat food and living in squalor. Their homes are filled with garbage, but having never known another way of life, for Hushpuppy and her father this community (known as “the Bathtub”) is Paradise. When a hurricane threatens their lives and many flee to the cities for safety, a small group of folks committed to the lifestyle they’ve cultivated refuse to run. And once the water subsides, leaving their homes filled with mud and debris, they return and lie down on the refuse as though nothing has changed. The characters’ comfort with what viewers are liable to find grimy, slimy and gross exhibits the film’s goal in showing the true-to-life conditions of the area, a picture that is unusual in most of cinema.

Finally, there is Hushpuppy’s over-active imagination, which blends into real life so that it’s difficult to tell what is real and what is make-believe. We get a real sense of the way that the character thinks at the start of the film as she listens to the heartbeats of several small animals around her home, the rapid thump-thump-thump of their blood muscles clear on the soundtrack. Hushpuppy keeps one of her mother’s dresses on a chair in her home, conversing with the article of clothing as though her mother were actually there… and maybe she is somehow, in the dust particles dancing in the air, reflecting in the sunlight – in the fact that the universe is made up of billions of tiny, interlocking parts that all must work together to keep the machinery of life in motion. And yes, later she begins to sense the impending migration of a clan of prehistoric beasts known as aurochs, boar-like creatures the size of elephants, adorned with sharp tusks and a zeal for destruction that doesn’t preclude cannibalizing their own kind. Whether their approach is real or imagined, it goes hand in hand with the other tensions arising in the young girl’s heretofore peaceful life.

All of these pieces are incredible, no question, and I wouldn’t hesitate to recommend the film to you. Admittedly, however, some of these thoughts about the movie were inspired by conversations I had with my wife after the screening, listening to the awe-struck way that she spoke about what we’d just seen and realizing that I had failed to acknowledge the depth of the film’s power. I’m not listing them now in vain, pretending that there was something there which I felt was not – I agree completely that all of the elements I’ve just described are vital and stunning components which form the heart of the work. And yet, while in the theater, I was less impressed. The final act (in which Hushpuppy and some other girls find their way to a riverboat nightclub) felt immediate and emotional to me, but a lot of what came before, for whatever reason, failed to grab me. It’s not even that I felt there was a different approach that could have added to the film’s resonance, I was simply unable to connect with the movie.

Take that as you will. I can’t put it into any clearer terms. Beast of the Southern Wild is gorgeous, well-written and well-made. It’s a very, very good movie… that I didn’t really like.