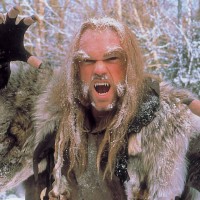 To Whom It May Concern,

I recently re-watched director Bryan Singer’s X-Men, the beginning of a franchise which has grown disheartening with the last several entries into the series. Beginning with the let-down of X-Men III: The Last Stand, followed by the chaotic mess of X-Men Origins: Wolverine, and most recently simply mediocre in the attempted reboot X-Men: First Class, the series as a whole has only provided diminished returns. Going back to the film that started it all 11 years ago was like a breath of fresh air. It reminded me why I felt compelled, at fourteen years of age, to write a letter to the editor of the local newspaper threatening to cancel my subscription because of a negative review of the film. It’s a strong leap out of the gate, and an indicator of the dark realism inherent in the super-hero genre.

I’ll admit that your turn of the century movie critics were right about some things. The reference to Storm (Halle Berry) wearing a – what was it again, “hooker wig”? – seems a bit below-the-belt, but in all other respects the actress’ performance is irksome. And it’s not just the fact that the Academy Award winning actress (!) used contractions in her speech, an affect that purists like myself will not ever be able to accept. Well, it doesn’t extend much further than that, truthfully: Berry flubbed a line late in the film so badly that it’s become synonymous with awful line readings/bad acting, one sentence that tarnished her reputation in mine, and I’m sure many others, eyes for over a decade now. Storm is a mutant who has the power to control the weather (that darn evolution!) and in this particular scene, she is battling the villain Magneto’s crony Toad. “Do you know what happens to a toad when it’s struck by lightning?” Storm asks, dark clouds billowing behind her and lightning flashing. Then, with an equal amount of portentous solemnity, she continues, “The same thing that happens to everything else.” I found myself pleased that she has few other lines in the film, because yes this one is so bad that it’s worth dedicating a whole paragraph to in this review.

And as long as we’re going through the criticisms which stand right now, I’ll admit that the storyline itself could use some work. There’s little to tie scenes together a lot of the time; the movie seems to skip easily from one bad-ass moment to the next, regardless of whether there is any harmony in the narrative flow, just because it wants to exhibit the cool super-hero powers of the central characters as much as possible. Further, when Wolverine (Hugh Jackman) and Cyclops (James Marsden) meet each other, they immediately fall into a tired pattern of alpha male competitiveness which is never explained beyond the fact that they have a crush on the same girl. It’s childish and obnoxious, and a serious misstep in the script. There are a few missteps throughout, to be honest. Rogue (Anna Paquin, of “True Blood”!) saps the powers of another mutant in a particularly compelling scene, the explanation for which is provided immediately afterward. It’s easy to get into the action of a first viewing, but until this point in the film Rogue’s touch had merely been used to severely injure others – she had even mentioned that a simple kiss had left her first boyfriend in a coma for weeks. Watching the scene now, considering it as a film critic myself instead of as a fourteen-year old fanboy, I couldn’t help but wonder if the character had any intent other than to cause extensive physical pain to her friend.

Those limitations of the film acknowledged (the limitations again being simplified/disorganized character development and, um, Halle Berry), this first film soars on its perpetually edgy atmosphere. Hell, the film opens in a Nazi concentration camp – gray, rainy skies fall on groups of prisoners covered in dirt. A young Magneto (who grows up to be Ian McKellan), a mutant with the power to control metal telepathically, twists a barbed wire fence in a moment of wrath as his mother is taken away to the furnaces. It’s a shockingly dark way to start a comic book film, but it’s similarly a good way to gauge what’s to follow. Though the violence is never graphic insomuch as blood doesn’t fly when people are hit, but it’s nevertheless brutal. One of the best scenes in the movie, in my opinion, comes when young Rogue enters a smoky bar in Canada. In the center of the room, harsh lights glaring down, is a round metal cage where muscle-bound goliaths face off against one another to the jeers of a drunken crowd of roughnecks. This is our first introduction to Wolverine. As he easily dispatches with a contender head and shoulders taller than himself, he growls out at the crowd. After the fight, a barroom disagreement leads to the claws coming out – and though they’re no less cartoonish here than they are in later films, the brooding intensity of the moment makes it easy to ignore.

Wolverine’s untamed side makes him a constant source of tension. There’s a particularly chilling moment in the film where somebody attempts to wake him from a nightmare and he shoots up immediately, claws fully extended, piercing the flesh of the one attempting to rouse him. When he first arrives at Xavier’s School for the Gifted, a private school for mutants, our hero wanders the halls in a fright – brief flashes of a time when he was subjected to awful experiments at the hands of scientists and doctors flashing in his mind – while a voice, later revealed to be that of the X-Men’s leader Dr. X (Patrick Stewart) whispers disembodied nothings in his ear. It seems like Dr. X could have said something to the effect of, “Hey, don’t freak out, but I’m a telepath and I’m talking to you from the other room”, but the cool atmosphere of the moment is served better by whispered half-phrases and Hugh Jackman’s animal fear.

And though I don’t entirely buy the social commentary of the McCarthy-esque hearings where Congressmen talk about outing mutants as though they are Communists – and when I say “don’t buy”, I mean that knowing who can shoot fire out of their hands should absolutely be a priority and not a civil rights issue – it does allow for more rounded character development than most of the other plot-lines can. I love the fact that enemies Dr. X and Magneto are in fact close friends, divided not by opposing viewpoints, but instead by where their political opinions falls on a continuum of ideas. I suppose this is one area where actually First Class provides a clearer picture, but since that film deals with the genesis of these two forces of mutant power, it would have to. The way that Singer’s X-Men provides this battle of wills alongside gripping action sequences is more of a thrill. Watch an incredible scene where Dr. X holds Magneto in a telepathic stranglehold while our villain holds an entire police force hostage with their own guns floating in front of their faces. Magneto allows one gun to fire, holding the bullet back just enough that it bores slowly into the skin of his forehead. No blood, again, but an extremely dark moment… and one that is punctuated by the philosophical conversation these two mutant geniuses are having about the necessity of sacrifice in the pursuit of a higher good.

There are some lackluster moments here, or perhaps it would be more accurate to say that there’s a lack of character definition. Cyclops isn’t defined beyond his disapproval of Wolverine, when he was in fact the Leonardo to Wolverine’s Raphael in the comic books. Storm is mostly silent. Toad and Sabertooth, the latter of which seems entirely ineffectual in any given battle, are both relegated to little more than walk-on parts. Mystique has hints of humanity which aren’t developed nearly well enough. And Rogue’s boyfriend Bobby (a.k.a. Ice-Man) is used as little more than a plot device – his relationship with the deeply tormented girl is not developed beyond the simplistic idea that he’s – get this – okay with the fact that she’s a mutant! But though there are things to be unsettled by, there’s also so much amazing action on-screen that it almost makes up for the mistakes entirely. The images of Wolverine’s past are suitably twisted; a fight between Wolverine and Mystique is magnificent; Magneto’s sinister entrance onto a train where Rogue is hiding, tearing the cars apart with his mind, is entrancing. What the movie may lack in a handle on the human story, it over-compensates for in moody, visually breath-taking, conceptually brilliant sequences of action.

To conclude, X-Men may not have been the masterpiece I felt that it was when I first saw it in the year 2000 and wrote to the newspaper in order to defend, but it is still a roaring good time that overcomes its flaws by being totally awesome in many other ways. I really, really like this movie.