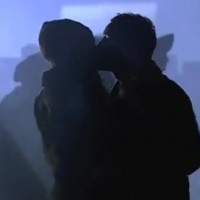 I’m glad that I saw 2010’s teaming of actors Steve Coogan and Rob Brydon with director Michael Winterbottom, The Trip, prior to seeing this earlier work. I know it’s probably wrong to see the films this way, but I’ve watched them in reverse chronological order and so that is the way that I have been forced to interpret them. Instead of thinking of The Trip as a let-down after the madcap Tristram Shandy, instead I take the leisurely road comedy as a sweet appetizer for the main course. The comedic sensibility remains the same here: a lot of the film consists of Coogan and Brydon one-upping one another with casual insults and Coogan’s eternal pessimism. What makes this entry rise above its calm counterpart, though, is in the execution. Tristram Shandy is a loose adaptation of the 18th century novel of the same name – a novel which apparently begins with its narrator’s birth, then gets sidetracked to the point that the book ends shortly after the birth is complete. The film version, in an attempt to recreate the concept, cuts away from the “movie” repeatedly to show the actors living their lives between scenes. Writer Frank Cottrell Boyce compares this to Charlie Kaufman’s transcendent Adaptation – an apt comparison, indeed. But where Kaufman’s film was largely about the internal processes that go into a film’s creation, Winterbottom and Boyce have created one about the external processes.

The opening scene sets the stage for what is to come, and it’s pitch-perfect. Coogan and Brydon are in make-up before the shooting of the movie, Brydon in his charmingly self-deprecating way making fun of the color of his own teeth, much to the amusement of the make-up girls. Coogan insults him in the half-serious way that he does, and the conversation turns to whether or not Brydon’s role in the film is a starring role. Coogan, you see, is playing the title character, parentheses and all. His friend is playing Tristram’s uncle, and so the two bicker for a bit about whether the uncle is a supporting role or a major character. Is it a bit part or a co-lead? Brydon insists that the two men are both stars of the film and that the only sensible way for the credits to list them would be alphabetically, so that his name would come first. Cut to the “actual” movie – that is, the adaptation of the book that the two actors are preparing to film. Music rises and Tristram (Coogan) approaches the camera as the credits begin to appear on-screen. “Cast,” the credits read, “Listed in order of appearance.” It blends the duo’s natural chemistry with sharp writing to hilarious effect.

At this point, the movie literally becomes the story of Tristram Shandy for a great deal of time, though with nods to the artifice throughout. Shandy stands in scenes as narrator, but later dons a wig to play his own father at the scene of his birth. He argues with a child actor – playing Shandy at age six – about the proper acting technique for crying out in pain. But at the same time, the story continues to unfold, so sublimely silly that it’s hard not to grin the whole way through. While Shandy’s mother goes into labor, his father and uncle argue with the doctor over the use of forceps in the delivery and test the tool out on a variety of fruits in an attempt to judge the safety of their use, the pregnant woman screaming in pain upstairs the entire time. Or Shandy’s uncle is questioned on a battle wound he received, strongly hinted to be in an, ahem, sensitive area. Whenever anybody asks where he was injured, he takes them to the spot on the property where the damage occured.

And then the director calls, “Cut!” The actors vacate the scene, Coogan alternately obliged to spend his free time with girlfriend/baby mama Jenny and desiring to hook up with a crewmember named… Jennie. He makes the typical snooty movie star demands, claiming that Brydon’s height is caused by the heels on his shoes and therefore causes the uncle to appear as a more important character. Crew members reluctantly agree to remove the heels. But it’s not just Coogan, the whole production is a mess. An immense amount of time and energy is exerted on filming a battle scene which is but a footnote in the book, and an important character is re-introduced into the film adaptation at the last second, causing the crew to scramble for an actress to play the part. Nobody has any misconceptions regarding the fiasco that the production has become, the producers sitting around a livingroom making fun of their own work prior to reaching a decision on the re-write.

This may not be a hard-hitting Hollywood expose, but it’s a genuine picture of the chaos and second-guessing inherent in such a production. And again, throughout the simple mess of the production and Coogan’s moping guilty conscience (or lack thereof), what surrounds is a delight – one of the best moments in the film comes in a hysterical dream sequence which has Coogan’s self-consciousness about his height translated into a bizarre freakshow. I was cracking up at Rob Brydon’s final line in this scene: “He’s really quite small.” The matter-of-fact way that it’s stated somehow makes it much more amusing.

So really, I suppose, there’s a lot of similarity between Tristram Shandy and The Trip, though Brydon and Coogan don’t get quite so much time to bounce jokes off of one another as they do in the later film. But the earlier one makes up for that by being much more kinetic, much more engaging viscerally. There’s a battle scene where a gigantic hand drops out of the sky to reveal the action as but a model. There’s nothing like that in The Trip, which was very straight-forward in its depiction of two men hanging out together. Hanging out and being funny is enjoyable, depressing self-loathing is mildly intriguing, but putting that in the context of a loopy story centuries in the past which moves between reality and fiction without notice, that makes for something remarkable.