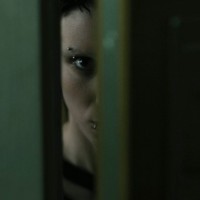 I don’t really know what I expected to get out of David Fincher’s re-make of the 2009 Swedish whodunit/revenge thriller The Girl with the Dragon Tattoo. I’d heard good things from friends and professional critics, so I assumed that there must be something that sets it apart, which makes it a worthwhile investment of my time. It’s true that I have been scarred by the uselessness and arguably the devaluation that the excellent vampire drama Let the Right One In suffered at the hands of  hands of director Matt Reeves (who helmed the American re-make). But I held tightly to the hope that a talented filmmaker like Fincher might be able to wring something new out of the story, to make it his own. What disappointment, then, to find that the film hits the same beats as its predecessor – albeit with a much less pulpy tone – ultimately leaving me wondering why I hadn’t just stayed home and re-watched the original.

What changes there are between the two films are minor at best, and at worst alter the definition of the players at their core. Where the original film strongly suggested that the titular Girl likely suffers from Asperger’s syndrome which prevents her from maintaining a normal social life, those thoughts aren’t given their due in Fincher’s version; in fact, the movie opts for a more conventional seduction throughline. There’s a significant change in the way that the finale plays out, but it’s a change which has no effect on the way the story concludes; both solutions are equally ridiculous and difficult to explain away. This, coupled with a few scattered extra scenes (including one memorable one involving a cat) are the bulk of what causes the two films to differ. However, the most compelling difference between this and its predecessor is in the awesome score by Trent Reznor and Atticus Ross, who also provided music for Fincher’s last directorial effort, The Social Network.

Reznor and Ross have found a talent for matching Fincher’s muted, despairing tones when they score. The theater in which I saw the film may be partially to blame, but the images are often dark with shades of gray and brown serving as the backdrop the story. The movie tells the story of a journalist who has been sued for libel (he was about to be put in prison in the original), hired to take on the case of a girl who went missing in the mid-’60s. As the case progresses, the concern becomes apparent that she may have been murdered, and her killer could still be living on the private island where the disappearance was reported. In the 2009 version of the film, the case played out unsurprisingly – introducing each character with a reason why he or she may be responsible for the girl’s death, making the viewer suspect each and every acquaintance. Fincher’s film doesn’t accomplish this, though I’m not sure whether it wanted to. Instead of making a character exude a menacing air, it allows the mood of the moment to take on the task, the stark white snow sweeping in front of large, mostly empty estates, and Reznor/Ross’ insistent sounds turning a rote investigation into something much more sinister.

I just don’t know whether that’s appropriate. I used the term “pulpy” earlier to describe the original trilogy, and I think it’s a good term to employ. After all, this is a series which eventually introduces a behemoth of a man who cannot feel pain and then pulls a Kill Bill with its title character. This may not be a movie which requires brooding intensity, a thought briefly considered in the AVClub’s review of the film. Fincher is certainly capable of taking on this material, the review alleges, but “is the material worthy of him?” I don’t think that’s necessarily a slight against the novels – just an honest evaluation of the situation. Much as you would be unlikely to ask Baz Luhrmann (Romeo + Juliet, Moulin Rouge) to helm a re-make of The Blair Witch Project, perhaps Fincher is not an appropriate choice for this project. In my original review for the Swedish language version of this film, I even noted the lack of dramatic weight inherent in the film, but was quick to add: “Of course, that’s also why the movie is so much fun.”

Fincher’s movie is not fun. It has the utmost seriousness when discussing the murders that Michel Blomkvist (Daniel Craig, playing a Swedish character apparently?) and Lisbeth Salander (Rooney Mara) are investigating. When the sequence of events comes to a head, it’s in a nails-digging-in-your-armrest kind of way, the kind of grisly focus more befitting the genre that’s come to be known as “torture porn”. By contrast, the same scene in the 2009 film has more of a James Bond feel to it, a tense moment of unrest as the clues begin to come together as the tables seem to have turned on the heroes. Or perhaps we should look at the way that Salander wreaks her vengeance on a man who sexually assaulted her. While the assault is shocking in both films, the aftermath is much easier to cheer on in the original. She comes across as a bad-ass, mortal super-hero and totally earns the right to attack a man wearing red and white face paint in the third film because of it. Fincher’s film is more down-to-earth, making Salander apt toward fulfill her self-professed diagnosis as “insane” than to dole out moralizing justice. Yes, she captures her attacker and lets him know just who he is dealing with in both films; in 2011, it feels more like a hard shot of revenge, whereas in 2009 it feels more like a coldly calculated game of karma.

So I’m not saying that what Fincher’s doing is wrong, per se, just that it’s wrong for The Girl with the Dragon Tattoo. As a director, he’s made a name for himself utilizing this same style to effective returns, as in other serial killer chase-downs – most notably Zodiac and Se7en. After seeing the 2009 film, I told a friend that it was “great, but not good.” I think I feel the exact opposite of that in regard to the 2011 take on the story: it’s good, but not great. Fincher has a clear handle on what he’s doing, but just because the story is about a serial killer does not make this a “serial killer movie”. It’s not the fault of Fincher, it’s not the fault of the story from Stieg Larsson’s novel, but instead on the clashing goals of the two artists. Because of the disconnect, this American remake cannot grasp what the material demands and ends up coming across as less than it should.