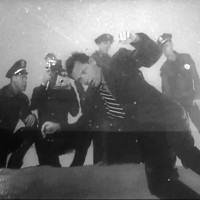 There’s a particularly funny moment in the Billy Wilder directed Sunset Boulevard wherein an aged starlet (Gloria Swanson), suspecting her lover of cheating, notices a bit of paper in his coat pocket. She grabs it furiously, expecting to find some indication of his indiscretion, and she does. It’s a half-written screenplay emblazoned in all capital letters: UNTITLED LOVE STORY. But it doesn’t really need a title, because it takes place in a working man’s Hollywood; a place where there are far fewer bright stars than there are balls of gas burning silently in the cold. Swanson’s character, a former silent film star, has been forgotten by the public entirely. Her lover, a screenwriter named Joe Gillis (William Holden), has suffered a string of failures and anxiously anticipates moving in shame back to his hometown of Dayton, Ohio. There are no winners in this Hollywood, except perhaps for Cecil B. DeMille, who seems to be getting along just fine while everybody else flounders.

The reason I use this scene as a springboard for this review is partially because it’s the one that jumped out at me. More than the now classic lines of dialogue, this simple joke made a deeper impression in my mind and thus it’s where I begin. As the forgotten actress Norma Desmond suggests, the problem with the pictures these days is the over-reliance on dialogue – in the glory days, the action was told entirely through the body language of the performers. In a way, the heading “UNTITLED LOVE STORY” is analogous to those glory days. It’s words, yes, but they simply appear on-screen for a moment. Yet in that moment, those three words tell a much deeper tale about the relationship of the screenplay’s two writers, the relationship of Desmond and Gillis, and the film industry. At the start of the film, Gillis complains in voice-over about his lack of luck in California, noting that his original stories were either not original enough, or “too original”. A script-reader sees promise in his writing, only if he removes the psychological elements. It is therefore appropriate that the working title should be so blunt.

Sunset Boulevard is a love story, but not in a traditional sense. It’s about people who are in love with being loved, who cling tightly to things they cannot have. Desmond loves her glitzy past, and lives off of royalties in opulence despite rarely leaving the house; Gillis loves being pampered, slowly comes to accept the older woman’s romantic advances in exchange for the riches she commands. In addition to an expensive new wardrobe, he carries a solid gold cigarette case. But the film reels and publicity photos from yesteryear just aren’t enough for Desmond, nor is the silent settling game good enough for Gillis. When a nubile young thing approaches him, batting her eyes, asking him to help her write a script (wink wink) because she’s sooooo inexperienced, one thing leads to another and soon they’re up all night pounding away on the typewriter, fleshing out scenes, and various other double entendres.

But subtlety isn’t the film’s strong point. Swanson’s performance grows ever more delirious as the film progresses, meant to coincide with her deteriorating mental health but appearing as pure camp. Her steadfast manservant Max clues Joe and the audience in on a cruel twist late in the film which makes little sense. The film opens with the aftermath of a murder (and a beautiful shot from the bottom of a swimming pool which I stole for the thumbnail), but when the crime returns to the forefront of the action it feels like a listless afterthought. In short, despite the film’s verbose wit and occasionally gorgeous cinematography (though I suspect much of it might lose its power were it not in black and white), the picture overall is a mess. For instance: the bizarre monkey funeral near the start of the film, described by Gillis as “comic relief”, may be funny but feels out of place.

The film’s strength is in its embrace of the stylish gimmick it sets up for itself: a noir love story. The characters, Gillis especially, talk in that drolly sarcastic way that gumshoes do, though here the mystery isn’t about who the murderer is. There’s no mystery at all, though there is tension in the privileged confidence of Norma Desmond. An eccentric who lives in a dilapidated mansion, there’s no telling to what lengths she may go to keep Gillis in her good graces. It’s that tension which works in the film’s favor; her young lover cannot make even the most innocuous movement without it appearing to be a lunge for the door. How this correlates to the Hollywood as dreamkiller motif is a bit murky – that seems to relate primarily to the characters as individuals, but not when paired up.

I guess that’s the over-riding concept that I’m trying to get across here. The pieces are greater than the whole. Like Desmond’s self-aggrandizing hand-written screenplay, there are bits of ideas here that could be polished to a shine. Like Gillis’ original story about darkened windows, there’s strong themes scattered about, but the gears don’t turn in unison – the pieces are great, but they don’t add up to a compelling whole. I found myself really enjoying the movie, in segments, but am less enthused about the thing in its entirety. A scathing satire of the film industry? Yes! An off-the-wall horror/romance? Yes! A classic noir murder mystery? Yes! All of these rolled into one? Um… well, you know, I like ice cream and I like pizza, but I don’t really want them in the same bite.

When it’s an untitled love story, you’ve got a good thing going. If Sunset Boulevard could be pared down to that level, it might be something hard-hitting and sincere. Instead, the movie revels in the ostentatious showmanship of Hollywood and devolves into a peculiar lump of partially-formed ideas. They’re good ideas, they’re just not all there. If you’ll forgive the strained metaphor, the movie’s only got a man on first. Come back to me when it’s got Bases Loaded.