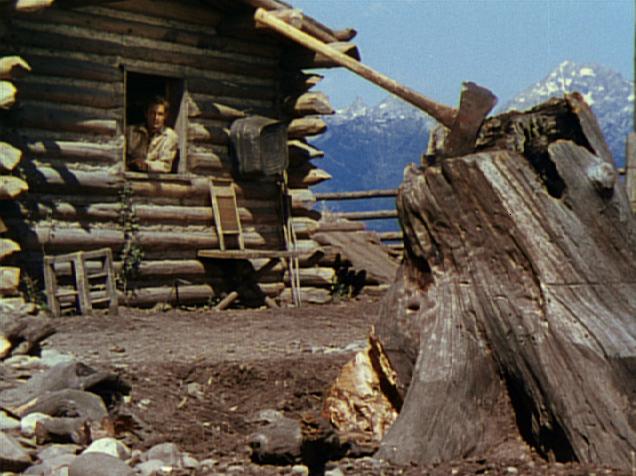 This is the transcript for the third ever MCT Live on Twitter (August 28th, 2011). The older film I finally introduced myself to this time was Shane – the western classic of 1953 that was directed by George Stevens and starred Alan Ladd, Jean Arthur, Van Hefling, Ben Johnson, and Jack Palance. Toward the end of this transcript, I revealed not one but TWO of the films I plan to live-tweet next; the film’s titles may surprise you…

MEIER_in_a_CT: Howdy, and welcome to #MCTLive III: #Shane! Here’s how we do this…

MEIER_in_a_CT: Every tweet involved with this must at least include this: #MCTLive (caps lock not necessary). If you want, also include #Shane.

MEIER_in_a_CT: At the end of the film, I will reveal BOTH the #MCTLive subjects for September AND October! Incentive to keep up, right?

MEIER_in_a_CT: Now is the time for getting snacks, bathroom breaks, etc. Movie starts in 19 minutes!

MEIER_in_a_CT: I’m out of popcorn this time, so tonight I’m going with cinnamon almonds.

MEIER_in_a_CT: As always, this selection is a classic film I have not yet seen. #Shane won an Oscar for cinematography and was twice on AFI’s 100 best.

MEIER_in_a_CT: Oh, and did I mention Jack Palance is in this?

MEIER_in_a_CT: A stranger arrives at a homestead and ruins some winning buck hunting.

(Leading up to the event of MCT Live, I started up a hashtag game for others to play called #replacemovietitlewithshane – i.e., “Snakes on a Shane,” “Shane of the Dead,” “Incepshane,” “Citizen Shane.” etc. It was pretty fun and an opening act I intend on similarly using again.)

(Shane said this in response to Joe – the farmer of the homestead – asking what difference it made whether Shane left the premises with a gun pointed at him or not.)

(When he’s first staring at Ryker, the villain of the picture.)

MEIER_in_a_CT: Shane should tell Joe that his son Joey is pretty awkward around guns.

gttmovies: Freud might have a few things to say about it, too.

(As always, watching the same film during MCT Live is highly recommended and more rewarding for you!)

MEIER_in_a_CT: These farm animals keep trying to step over the leads’ lines. Everyone wants a break…

(McFly in Back to the Future: Part III, that is.)

MEIER_in_a_CT: Trouble finds #Shane when he asks for soda at a saloon. He just had to be picky and order a Jones!

floboywannabe: you think that was a real stump they pushed over? looked real to me

MEIER_in_a_CT: Marian tells Joey not to like #Shane too much and regrets giving in and buying her son all those dollies.

jdglasgow: “Sody-Pop”? Did you change it to THE OUTSIDERS at the last minute?

MEIER_in_a_CT: This fight has the same pace as Silva’s match from last night. Fisticuffs-like.

MEIER_in_a_CT: Joey tells Ma that #Shane is becoming like a second Pa. Penny for Ma’s thoughts.

MEIER_in_a_CT: Another stranger arrives, and he looks like the kinda guy who could do one-armed pushups when he’s old. #CURLY!

MEIER_in_a_CT: #Shane teaches Joey how to shoot to Marian’s chagrin. Kinda like when my dad watched “Ren & Stimpy” with me.

(EDITOR’S NOTE: For a while I confused Ryker and Torrey for the same person. When I say “Ryker,” I really mean Torrey.)

MEIER_in_a_CT: I think Jack’s about to do this Ryker guy in. Or maybe he’s trying to decide which language to speak in.

floboywannabe: quite the bar fight. Lovin this film so far. Need to take a break to eat, though. lol. apparently this all makes me hungry

MEIER_in_a_CT: I didn’t realize the #VMAs were tonight. I think I picked something better to watch.

(Unless you wanted to see what Lady Gaga would look like done up as Ralph Macchio. TWO OUTSIDERS REFERENCES, JOSH!)

MEIER_in_a_CT: A political debate? That I did not see coming… but I approve.

MEIER_in_a_CT: Ryker’s toying with death from Cheyenne Jack. And… cue the thunder.

floboywannabe: Ladd does look a bit like Baldwin. lol

MEIER_in_a_CT: Funeral scene. These on-location shots are way ahead of their time! #ifyoudonotcountcitizenkane

(Talking about the Oscar-winning cinematography.)

MEIER_in_a_CT: My bad – it’s Torrey that died. Ryker is a bad guy. Whoops!

JohnZero83: Alright, lets do this! Lets get this movie started!

MEIER_in_a_CT: Starting to think the moral of this film is “Make friends with a badass.”

JohnZero83: Crud. I figured we’d be on Mountain Time, since it was a western.

MEIER_in_a_CT: Chris switches sides and becomes #Shane’s informant. He killed with kindness! Or beat sense into him. Either way.

floboywannabe: company shows up at my house, will have to bow out for the time being. good times, man. 🙂

MEIER_in_a_CT: #Shane knocks Joe out with his gun and leaves with Joey angry. BUT THERE’S STILL 15 MINUTES LEFT!

(Last month’s MCT Live was An American in Paris. Read the live-tweet transcript for it here.)

MEIER_in_a_CT: #Shane rides to town w/ Joey and his dog trudging through “cricks” to follow and watch.

MEIER_in_a_CT: The showdown ends with #Shane still standing, thanks to Joey’s spectatorship. But was #Shane hit?

MEIER_in_a_CT: Thank you, everyone! Good flick! Now for the #MCTLive double news….

MEIER_in_a_CT: September’s #MCTLive will be M*A*S*H & October will be The Exorcist! Read @gttmovies to stay in the loop!

MEIER_in_a_CT: My phone is almost dead – off I go to the dark mountains. G’night, y’all!

MEIER_in_a_CT: One last thing: I would like to thank @FamilyVideo for making tonight’s #MCTLive possible, and I am not getting paid to say that.

One Response to “MCT Live: ‘Shane’”