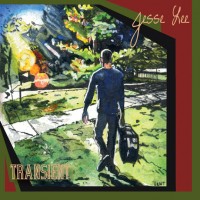 I’ve been thinking for some time now that it would be nice to spread my wings here at GlasgowtotheMovies.com, not limit myself simply to film but take in any kind of art that speaks to me. My original goal was to begin by talking about a television program or two which leave me in awe whenever I see them, but I was approached by a friend of mine who saw an ad for GTTM up at work (the power of that Bachelor’s degree in Advertising, I tell ya). He thought perhaps, if I wouldn’t mind, I might give his record a spin and write up a review of it. It wasn’t until after I had enthusiastically agreed to the project that I realized what a daunting task I was about to embark on.

Although I listen to a lot of music, when it comes to tunes I am far from the snob that I am as regards the cinema. I don’t know if I have the chops to adequately cover a music album. My descriptions are likely to be limited to a visceral response, perhaps less a commentary on the music itself than on how it made me feel. But what if I don’t know how it makes me feel, or don’t know how to put that feeling into words? I’ve grown in my film criticism (or so I’d like to believe) enough that it is usually easier for me to put into perspective those things which excite me or which leave me wanting more. Which is why I’ve been slowly going back to some of my favorite movies, writing more in-depth reviews to replace the one-paragraph “this is the greatest” blurbs that I had written previously. Further, as I worried over analyzing both director Collin Buchanan’s Cotton County Boys and Phil Leirness’ The Truth is Out There, being familiar with an artist on a personal level can absolutely make a critic more reticent to offer hard judgment – there’s a fine line to tread between not wanting to be too harsh and risk tarnishing the relationship versus being too lenient and compromising one’s critical ethics.

So what of Transient, huh?

“Is everybody feeling good?” singer/songwriter Jesse Lee asks as the first track, “Touch the Horizon” starts up. The record immediately jumps into a banjo-twanging, toe-tapping number about the exhilaration of being out on the road and disconnected from society, getting the devil off your back and leaving the stresses of the world out of your mind. Feeling compelled to leave the world behind quickly becomes a clear theme on Transient, right down to the title – taken from the track of the same name, wherein Lee muses that nobody truly has a home. In addition to romanticizing the Kerouac lifestyle, another subject that takes center stage here involves the tortured relationship of the singer and an unknown “She”, sometimes appearing as a savior or sorts (“she taught me how to swim”), at other times as an easy target for aggression (“someone’s gonna die tonight”), other times as an unattainable ideal (“You may find you can’t have her”), and still others as an easily forgotten relic of the past (“now she’s just a souvenir”). There’s no clear progression of this relationship over the course of the album, switching between tracks from self-righteous anger to begging for another chance. The speaker seems volatile, and that edge works wonders on the album’s best tracks, such as “Die Tonight” and “Landmine”.

But then that folksy, country, Americana-type affectation that the record picks up on occasion brings the walls tumbling down. I’ll admit that part of it may be that the musical styles employed for many of the songs are just not the sort that I generally listen to. I never owned a copy of the O Brother, Where Art Thou? soundtrack. As the music goes, it’s actually not that difficult to get past the Southern twang that colors the album because the songs are generally very catchy. I find myself humming the songs on occasion when I’m not thinking about it. What’s more distressing are the times when the lyrics go over the edge, as images like “two tramps talking, trading beaver hides” are just too precious to take seriously. In all honesty, if you’re looking for a deep sense of pathos in Lee’s lyrics, you’re liable to be disappointed. His lines are uniformly direct. “You like to stay home watching that t.v., surfing that internet… I like it free and clean and down to the bone,” he sings on “You & I & Me”, laying it right out there. Perhaps the worst offender is on the crunchy guitar-driven “Sensory Eye”, a song which tackles the heady subject of how a brisk walk can help you get your bearings.

Those complaints may seem pretty harsh, and I suppose they are, but more often than not the talent of the musicians and some really catchy hooks help keep the record afloat. Transient works better if you think less about the meaning of the words and instead focus on the sound of the lyrics interacting with the music. Lee has a strong, confident vocal style which takes control of every track. On songs like “Side of the Road”, Lee’s straining voice over the soft music drives the song along with some cool guitarsmanship. The lyrics are typically vague: stock images of moonlight, empty roadsides, unrequited love and death. But the rest of the song is so smooth, punctuated with the aching chorus, that the lyrics hardly matter. All I know is that this is a song I can listen to with the windows down on a dark summer night, wind blowing through my hair. Just replace that old Nick Drake song from the Volkswagen commercial with “Side of the Road”. Another of my favorite songs from Transient is “Landmine”. It’s a dense track sonically, with rapid-fire percussion, light and melodic strings, a well-placed triangle -ting!- and of course Lee’s beautiful voice wrapping its arms around the whole thing. But even this track falters by relying on a string of words that seem chosen only for having a long I sound to serve as the first verse.

I played several of the songs from Transient for a few of my friends, wanting to hear what their opinion would be in order to see if it might inform the way that I wrote my review of the album. “It’s a good summer album,” one friend said, which I think is a pretty great way of summing it all up. The record is fun and energetic; it’s easy to get a phrase caught in your brain; it’s awesome to just blast the album while driving down those long straight roads through Kansas and Arkansas. It’s not a classic, though: it feels perfect for the summer, but I don’t know whether it’s something I could return to when the weather gets cold. Transient is a good album, not a great one. I don’t believe it’s awful to admit that your debut album, though good, is not a masterpiece. It’s apparent that Jesse Lee and his band have a lot of talent in putting together infectious, dynamic tunes. But I do feel, after having heard Transient several times now, that the best is yet to come.

Also, we really need to talk about that name…

Purchase your own copy of “Transient” on CDBaby.com here.

And keep your eyes out for the next edition of GTTMusic for a long overdue appreciation of American Hi-Fi.