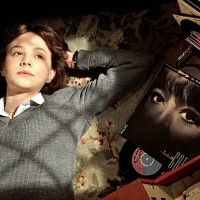 Director Lone Scherfig’s ninetween-sixties drama An Education has a baffling 94% on the review aggregator website Rotten Tomatoes, an especially perplexing figure given that even the snapshot synopsis given there slyly admits that the ending is awful: “The latter part of the film may not appeal to all.” The ending is simply the cherry on top of a melting ice cream sundae, though, as there is little aside from Carey Mulligan’s strong performance for which to recommend the film. A listless coming-of-age tale, the plot moves in bizarre and jarring ways without ever picking up any steam. The characters act in unbelievable ways, a noticeable lack of excitement ensues, and through it all our heroine Jenny (Mulligan) plugs along. Though “heroine” is too strong a word to use, really. Jenny’s actions are in no way heroic. In fact, they barely register at all; by film’s end, she seems to be no further in her life emotionally than she had been before.

So here’s the broad synopsis: our girl Jenny is walking home in the rain one day when she is offered a ride by a kind older gentleman named David (Peter Sarsgaard). I’m not sure that the movie ever specifies David’s age, but he’s at least in his early thirties while Jenny is a sweet, naive 16-year old. She is taken by David’s sweet gentleness, and perhaps more importantly his habit of expressing his interest in her by flexing his wealth. He takes her to a classical music concert, to an art auction, around the world in 80 days – all that jazz. Her parents, played by Alfred Molina and Cara Seymour (Adaptation), initially have their doubts about David but accept him once he proves to be charming and affable – after all, if he was a serial killer he would be anti-social and awkward, amirite? This is the bulk of the movie, but let’s stop here for a second and take another look at this. Jenny’s parents are swayed into approving of their daughter’s older beau on the basis that he is nice. In a split-second, their entire attitude changes. Now, if I were wanting to give the film the benefit of the doubt, I might argue here that this quick turnaround is used to exhibit the charisma the man possesses, how easily he is able to manipulate those around him. Even if that were the intent, it’s executed so poorly as to appear amateurish. It’s a series of scenes where the ‘rents express initial reluctance to, say, let their daughter go on a road trip for the weekend, then send her off with huge smiles on their faces immediately afterward.

As you may have surmised by now, David is… not what he seems! “Yet Jenny never asks the basic questions we need to know about David’s background or his ethics. She has none herself and that’s apparently cool with [screenwriter] Hornby and Scherfig,” writes legendary nose-thumber Armond White. I tend to disagree with White’s assessment of most films (and the majority of his review for An Education is as incomprehensible as anything he’s written), but he makes an interesting point here. Jenny is thrown into an “adult” world for which she is unprepared, but it’s difficult to sympathize with her given her butterfly conscience. Mulligan has a clear talent for playing emotion – one scene in particular, which has her caught in the headlights between tears of profound sadness and astounding rage – is memorable and sharp. Her strength isn’t enough to mask the fact that the character is unlikeable. Now, characters do not have to be likeable (or even relatable, for that matter) in order to be effective – look at Hans Landa (Christoph Waltz) in Tarantino’s Inglourious Basterds, for example. But the problem is that An Education wants us to look at its protagonist with soft eyes, to coo at the screen, “Awww, she’s learning about life, how romantic and honest!” It wants us to believe that the experiences she has throughout the course of the film are educational for the girl (hence the title), that she’s emerged a more rounded person because of it.

It’s just not true. And I for one don’t believe that you can shrug off the failure of the finale. It feels tacked on – no, it feels awkwardly stitched on like a body parts to Frankenstein’s monster. It does not fit at all, which is a huge mark against the film to begin with, but since the ending is where the rest of the film lies, it destroys any credibility that the movie might have had. It’s not officially a coming-of-age film unless the character comes of age; that is, unless the character makes some marked emotional journey that she is cognizant of. The character must come to understand the way in which events have played out to direct their course in life and, as a sign of their new-found maturity, accept the facts as they is. The problem is that An Education itself cannot accept the facts as they is, forcing a sudden deux ex machina to right the course of the plot, thereby allowing its protagonist (now a heroine again, hoorah!) to succeed again, just a little bit wiser. Though of course, as she tells her teacher, she doesn’t “feel wise”. I guess she’s content to settle on pretentious; too wise to admit to being wise.

An Education flails around a bit without any true action, without any compelling emotion, without any sense of passion or insight. Then it ends with a soft fizz, giving up any semblance of coherence in an effort to wrap itself up in a tidy bow-tied package. It has nothing to say about life, or about love, or about growing up. The only positive aspect of the film comes in the astute performances of the lead actors. It’s just unfortunate to say that it’s in service of a script that is bland at best. And at worst? Just bad.