All the Real Girls 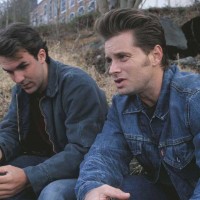 All the Real Girls

I’m still pretty early into director David Gordon Green’s oeuvre. Aside from Pineapple Express and various “Eastbound & Down” episodes, which I’ve heard are atypical of Green’s sensibilities, the only other real work that I have taken in by him was his first feature-length, George Washington. It took me a little while to really get into that movie, but once I did I was hooked. It was the deliberate pace, the measured wording of the actors’ dialogue that really got me behind the film. It reminded me of another movie I loved – Shotgun Stories – which, incidentally, Green produced.

Unfortunately, All the Real Girls lacks the charm that GW managed to capture. As Wes Anderson has gotten to the point where it is becoming legitimate to criticize his work for being too Wes Anderson-y, I am tempted to criticize this movie for being too David Gordon Green-y. It almost reaches toward parody, taking the parts of GW that set it apart from other films and then pushing that square peg into the proverbial round hole.

Let me just get right into it, ok? All the Real Girls, like GW, takes place in a rural Southern town. Weeds are growing out of the pavement, rusty buildings stand empty and forgotten, and the only people that live there are the people who have always lived there. The film centers on Paul (Paul Schneider, brother of John Krasinksi) and his new girlfriend Noel (Zooey Deschanel). Paul has a bad reputation for breaking the hearts of all the girls he hooks up with, but he’s determined that this time will be different. Noel, similarly, is willing to accept that Paul has changed his ways. But Noel’s brother Tip, Paul’s best friend, is less certain of Paul’s change of heart and is worried about what will happen to his sister when Paul is finished with her.

But this is not the story. Which I guess I kind of admire. The movie doesn’t waste time trying to force you to guess what outcome the relationship will reach. And although Noel notifies her boyfriend that she is a virgin, the movie also refuses to play any games regarding the will-they/won’t-they of whether the two will sleep together. No, instead, it’s just about the way that these lovers come together and the way their relationship is strained at times but they try to muddle through.
It doesn’t work. The movie, I mean, is what doesn’t work. In order for a film romance to feel authentic, you must first find the characters believable. Paul’s dramatic shift from out-and-out jackass to soft-hearted Michael Cera wannabe is impossible to comprehend. I don’t blame his friends for disbelieving his story: it is a very difficult one to buy. His new girlfriend’s lack of concern in relation to his previous activities is also hard to understand. But I suppose we’re intended to accept it as the naive optimism of new lovers. I have my reservations, but whatever.

What really bothered me was the way that the characters spoke to one another. Green isn’t afraid to have the actors stumble over their words, as it adds a degree of authenticity to the proceedings. Sometimes their lines are jumbled and nonsensical and that’s okay because eventually a pearl of beautiful, poetic truth is expected to come to the surface. Here, however, it’s difficult to keep an ear open for any poetics. The actors seem almost to be intentionally messing up their lines – starting, stopping, starting over, repeating lines, replying to something that was said before. It became so that it appeared less like the honest clumsiness of new love and more like the honest failures of bad actors (and given Deschanel’s worthless turn in The Happening, I’m still not convinced that she has any good acting in her). Or maybe the movie was largely improvised? If it was intentional, it was poorly managed; if it was unintentional, then that’s a failure on both the actors and the director for allowing it to get out of hand. When I’m paying more attention to the grating way that the actors are saying their lines than what is actually being said, something has gone wrong.

The central thread of the ‘plot’ is clearly the romance of Paul and Noel. In my opinion, though, the strongest aspect of the film is in the friendship of Tip and Paul. We already know from Pineapple Express that Green has a keen eye for how to capture deep and loving friendship between two men in a realistic manner. In fact, now that I’m thinking about it more, perhaps their friendship is the real focus of the story, however hidden it may be. Please permit me to speculate wildly for a moment under the cover of spoilers…

In the very first scene of the movie, Paul tells Noel that he does not want to kiss her because he is afraid of what it will do to his relationship with her brother. Tip is his best friend, he tells her, and he doesn’t want to do anything to jeopardize that. When Tip finds out about the scope of their relationship, he gets violently angry – but instead of lunging at Paul, he attacks a bystander who happens to comment on the action. Tip decides that his friendship with Paul is over; they stop hanging out. This goes on for a while, as Tip needs to allow himself time to let his anger dissipate. Eventually, Paul is able to return to his friend. He consoles him, and the two men share a remarkably intimate moment: Tip looks around to make sure there are no people around who would be likely to misconstrue the moment, then he kisses his friend on the forehead and holds him close. I must admit, I absolutely love this real bond between male friends that Green has shown in at least two films now. Despite the advances of the past few decades, homophobia is still very much mainstream – men fear even to appear to have homosexual tendencies. It makes me so happy to see in these films men who are comfortable in showing their intimacy in a physical as well as a verbal manner.
I’m getting off track here. The friends’ “break up” is almost analogous to the split of Paul and Noel later on. In each case, one person has done some egregious wrong that the other person eventually comes to accept because they’ve realized that their relationship is stronger than the petty wrongs that have been committed. Yes, we see Paul and Noel making out and we hear them talking with one another about mundane things and that’s pretty neat since a lot of movies aren’t willing to give their characters the chance to stumble around like real human beings. But the really great thing about this movie is in the Tip/Paul relationship – it’s told in basically three scenes, and it’s perfect.

For those of you who weren’t able to join us for the spoiler-laden discussion, I’ve kind of convinced myself that I like the movie more than I did when I started writing this review. Still, I’m aware that my new-found appreciation for the film is entirely due to my tendency toward interpreting liberally what may otherwise be meaningless moments. When I watched All the Real Girls, I didn’t like it very much and I was extremely annoyed with the way the actors’ spoke. When I think about the movie now, forgetting the things that bothered me and remembering instead the things that worked for me – then putting those moments together to form a somewhat coherent theme…

I like David Gordon Green. I sometimes think that I like the concepts behind his movies (the two dramatic ones I’ve seen, anyway) more than I like the finished product. But hey, if his movies make me think about them this much, make me want to write about them and share my interpretations and ideas and hear what other people have to say, too… well, then, I guess that’s another kind of success.